Advocates of Open Government Data (OGD) – that is, data produced or commissioned by government or government-controlled entities that can be freely used, reused and redistributed by anyone – talk about the potential of such data to increase government transparency, catalyse economic growth, address social and environmental challenges and boost democratic participation. This heady mix of potential benefits has proved persuasive to the UK Government (and governments around the world). Over the past decade, since the emergence of the OGD agenda, the UK Government has invested extensively in making more of its data open. This investment has included £10 million to establish the Open Data Institute and a £7.5 million fund to support public bodies overcome technical barriers to releasing open data.

Yet the transformative impacts claimed by OGD advocates, in government as well as NGOs such as the Open Knowledge Foundation, still seem a rather distant possibility. Even the more modest goal of integrating the creation and use of OGD into the mainstream practices of government, businesses and citizens remains to be achieved. In my recent article Barriers to the Open Government Data Agenda: Taking a Multi-Level Perspective (Policy & Internet 6:3) I reflect upon the barriers preventing the OGD agenda from making a breakthrough into the mainstream. These reflections centre on the five key finds of a survey exploring where key stakeholders within the UK OGD community perceive barriers to the OGD agenda. The key messages from the UK OGD community are that:

1. Barriers to the OGD agenda are perceived to be widespread

Unsurprisingly, given the relatively limited impact of OGD to date, my research shows that barriers to the OGD agenda are perceived to be widespread and numerous in the UK’s OGD community. What I find rather more surprising is the expectation, amongst policy makers, that these barriers ought to just melt away when exposed to the OGD agenda’s transparently obvious value and virtue. Given that the breakthrough of the OGD agenda (in actual fact) will require changes across the complex socio-technical structures of government and society, many teething problems should be expected, and considerable work will be required to overcome them.

2. Barriers on the demand side are of great concern

Members of the UK OGD community are particularly concerned about the wide range of demand-side barriers, including the low level of demand for OGD across civil society and the public and private sectors. These concerns are likely to have arisen as a legacy of the OGD community’s focus on the supply of OGD (such as public spending, prescription and geospatial data), which has often led the community to overlook the need to nurture initiatives that make use of OGD: for example innovators such as Carbon Culture who use OGD to address environmental challenges.

Adopting a strategic approach to supporting niches of OGD use could help overcome some of the demand-side barriers. For example, such an approach could foster the social learning required to overcome barriers relating to the practices and business models of data users. Whilst there are encouraging signs that the UK’s Open Data Institute (a UK Government-supported not-for-profit organisation seeking to catalyse the use of open data) is supporting OGD use in the private sector, there remains a significant opportunity to improve the support offered to potential OGD users across civil society. It is also important to recognise that increasing the support for OGD users is not guaranteed to result in increased demand. Rather the possibility remains that demand for OGD is limited for many other reasons – including the possibility that the majority of businesses, citizens and community organisations find OGD of very little value.

3. The structures of government continue to act as barriers

Members of the UK OGD community are also concerned that major barriers remain on the supply side, particularly in the form of the established structures and institutions of government. For example, barriers were perceived in the forms of the risk-adverse cultures of government organisations and the ad hoc funding of OGD initiatives. Although resilient, these structures are dynamic, so proponents of OGD need to be aware of emerging ‘windows of opportunity’ as they open up. Such opportunities may take the form of tensions within the structures of government (e.g. where restrictions on data sharing between different parts of government present an opportunity for OGD to create efficiency savings); and external pressures on government (e.g. the pressure to transition to a low carbon economy could create opportunities for OGD initiatives and demand for OGD).

4. There are major challenges to mobilising resources to support the open government data agenda

The research results also showed that members of the UK’s OGD community see mobilising the resources required to support the OGD as a major challenge. Concerns around securing funding are predictably prominent, but concerns also extend to developing the skills and knowledge required to use OGD across civil society, government and the private sector. These challenges are likely to persist whilst the post-financial crisis narrative of public deficit reduction through public spending reduction dominates the political agenda. This leaves OGD advocates to consider the politics and ethics of calling for investment in OGD initiatives, whilst spending reductions elsewhere are leading to the degradation of public services provision to vulnerable and socially excluded individuals.

5. The nature of some barriers remains contentious within the OGD community

OGD is often presented by advocates as a neutral, apolitical public good. However, my research highlights the important role that values and politics plays in how individuals within the OGD community perceive the agenda and the barriers it faces. For example, there are considerable differences in opinion, within the OGD community, on whether or not a private sector focus on exploiting financial value from OGD is crowding out the creation of social and environmental value. So benefits may arise from advocates being more open about the values and politics that underpin and shape the agenda. At the same time, OGD-related policy and practice could create further opportunities for social learning that brings together the diverse values and perspectives that coexist within the OGD community.

Having considered the wide range of barriers to the breakthrough of OGD agenda, and some approaches to overcoming these barriers, these discussions need setting in a broader political context. If the agenda does indeed make a breakthrough into the mainstream, it remains unclear what form this will take. Will the OGD agenda make a breakthrough by conforming with, and reinforcing, prevailing neoliberal interests? Or will the agenda stretch the fabric of government, the economy and society, and transform the relationship between citizens and the state? 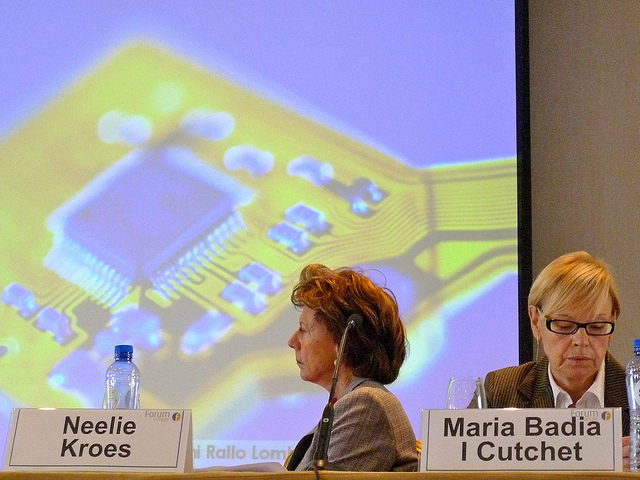