As David Harvey famously noted, workers are unavoidably place-based because “labor-power has to go home every night.” But the widespread use of the Internet has changed much of that. The confluence of rapidly spreading digital connectivity, skilled but under-employed workers, the existence of international markets for labour, and the ongoing search for new outsourcing destinations, has resulted in organisational, technological, and spatial fixes for virtual production networks of services and money. Clients, bosses, workers, and users of the end-products of work can all now be located in different corners of the planet.

A new article by Mark Graham, Isis Hjorth and Vili Lehdonvirta, “Digital labour and development: impacts of global digital labour platforms and the gig economy on worker livelihoods”, published in Transfer, discusses the implications of the spatial unfixing of work for workers in some of the world’s economic margins, and reflects on some of the key benefits and costs associated with these new digital regimes of work. Drawing on a multi-year study with digital workers in Sub-Saharan Africa and South-east Asia, it highlights four key concerns for workers: bargaining power, economic inclusion, intermediated value chains, and upgrading.

As ever more policy-makers, governments and organisations turn to the gig economy and digital labour as an economic development strategy to bring jobs to places that need them, it is important to understand how this might influence the livelihoods of workers. The authors show that although there are important and tangible benefits for a range of workers, there are also a range of risks and costs that could negatively affect the livelihoods of digital workers. They conclude with a discussion of four broad strategies – certification schemes, organising digital workers, regulatory strategies and democratic control of online labour platforms — that could improve conditions and livelihoods for digital workers.

We caught up with the authors to explore the implications of the study:

Ed.: You mention market-based strategies as one possible way to improve transparency around working conditions along value chains: do you mean something like a “Fairtrade” certification for digital work, i.e. creating a market for “fair work”?

Mark: Exactly. At the moment, we can make sure that the coffee we drink or the chocolate we eat is made ethically. But we have no idea if the digital services we use are. A ‘fair work’ certification system could change that.

Ed.: And what sorts of work are these people doing? Is it the sort of stuff that could be very easily replaced by advances in automation (natural language processing, pattern recognition etc.)? i.e. is it doubly precarious, not just in terms of labour conditions, but also in terms of the very existence of the work itself?

Mark: Yes, some of it is. Ironically, some of the paid work that is done is training algorithms to do work that used to be done by humans.

Ed.: You say that “digital workers have been unable to build any large-scale or effective digital labour movements” — is that because (unlike e.g. farm work which is spatially constrained), employers can very easily find someone else anywhere in the world who is willing to do it? Can you envisage the creation of any effective online labour movement?

Mark: A key part of the problem for workers here is the economic geography of this work. A worker in Kenya knows that they can be easily replaced by workers on the other side of the planet. The potential pool of workers willing to take any job is massive. For digital workers to have any sort of effective movement in this context means looking to what I call geographic bottlenecks in the system. Places in which work isn’t solely in a global digital cloud. This can mean looking to things like organising and picketing the headquarters of firms, clusters of workers in particular places, or digital locations (the web-presence of firms). I’m currently working on a new publication that deals with these issues in a bit more detail.

Ed.: Are there any parallels between the online gig work you have studied and ongoing issues with “gig work” services like Uber and Deliveroo (e.g. undercutting of traditional jobs, lack of contracts, precarity)?

Mark: A commonality in all of those cases is that platforms become intermediaries in between clients and workers. This means that rather than being employees, workers tend to be self-employed: a situation that offers workers freedom and flexibility, but also comes with significant risks to the worker (e.g. no wages if they fall ill).

The article draws on findings from the research project “Microwork and Virtual Production Networks in Sub-Saharan Africa and South-east Asia”, funded by the International Development Research Centre (IDRC), grant number: 107384-001. 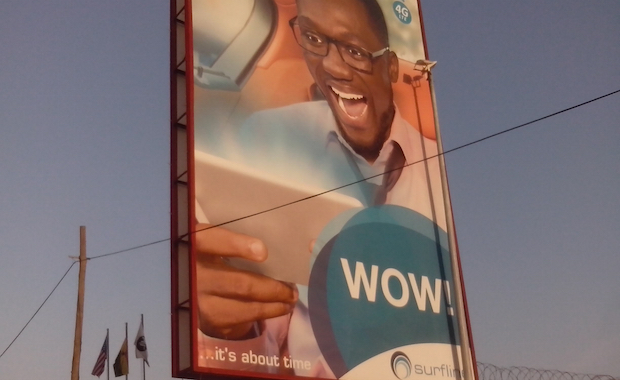