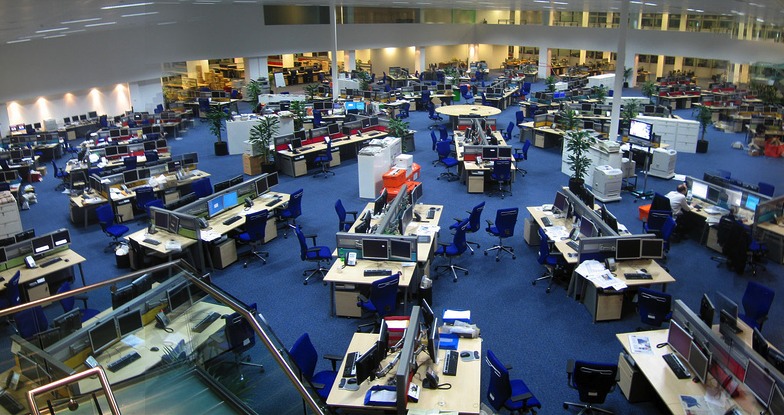 The political agenda has always been shaped by what the news media decide to publish — through their ability to broadcast to large, loyal audiences in a sustained manner, news editors have the ability to shape ‘political reality’ by deciding what is important to report. Traditionally, journalists pass to their editors from a pool of potential stories; editors then choose which stories to publish. However, with the increasing importance of online news, editors must now decide not only what to publish and where, but how long it should remain prominent and visible to the audience on the front page of the news website.

The question of how much influence the audience has in these decisions has always been ambiguous. While in theory we might expect journalists to be attentive to readers, journalism has also been characterized as a profession with a “deliberate…ignorance of audience wants” (Anderson, 2011b). This ‘anti-populism’ is still often portrayed as an important journalistic virtue, in the context of telling people what they need to hear, rather than what they want to hear. Recently, however, attention has been turning to the potential impact that online audience metrics are having on journalism’s “deliberate ignorance”. Online publishing provides a huge amount of information to editors about visitor numbers, visit frequency, and what visitors choose to read and how long they spend reading it. Online editors now have detailed information about what articles are popular almost as soon as they are published, with these statistics frequently displayed prominently in the newsroom.

The rise of audience metrics has created concern both within the journalistic profession and academia, as part of a broader set of concerns about the way journalism is changing online. Many have expressed concern about a ‘culture of click’, whereby important but unexciting stories make way for more attention grabbing pieces, and editorial judgments are overridden by traffic statistics. At a time when media business models are under great strain, the incentives to follow the audience are obvious, particularly when business models increasingly rely on revenue from online traffic and advertising. The consequences for the broader agenda-setting function of the news media could be significant: more prolific or earlier readers might play a disproportionate role in helping to select content; particular social classes or groupings that read news online less frequently might find their issues being subtly shifted down the agenda.

The extent to which such a populist influence exists has attracted little empirical research. Many ethnographic studies have shown that audience metrics are being captured in online newsrooms, with anecdotal evidence for the importance of traffic statistics on an article’s lifetime (Anderson 2011b, MacGregor, 2007). However, many editors have emphasised that popularity is not a major determining factor (MacGregor, 2007), and that news values remain significant in terms of placement of news articles.

In order to assess the possible influence of audience metrics on decisions made by political news editors, we undertook a systematic, large-scale study of the relationship between readership statistics and article lifetime. We examined the news cycles of five major UK news outlets (the BBC, the Daily Telegraph, the Guardian, the Daily Mail and the Mirror) over a period of six weeks, capturing their front pages every 15 minutes, resulting in over 20,000 front-page captures and more than 40,000 individual articles. We measure article readership by capturing information from the BBC’s “most read” list of news articles (twelve percent of the articles were featured at some point on the ‘most read’ list, with a median time to achieving this status of two hours, and an average article life of 15 hours on the front page). Using the Cox Proportional Hazards model (which allows us to quantify the impact of an article’s appearance on the ‘most read’ list on its chance of survival) we asked whether an article’s being listed in a ‘most read’ column affected the length of time it remained on the front page.

We found that ‘most read’ articles had, on average, a 26% lower chance of being removed from the front page than equivalent articles which were not on the most read list, providing support for the idea that online editors are influenced by readership statistics. In addition to assessing the general impact of readership statistics, we also wanted to see whether this effect differs between ‘political’ and ‘entertainment’ news. Research on participatory journalism has suggested that online editors might be more willing to allow audience participation in areas of soft news such as entertainment, arts, sports, etc. We find a small amount of evidence for this claim, though the difference between the two categories was very slight.

Finally, we wanted to assess whether there is a ‘quality’ / ‘tabloid’ split. Part of the definition of tabloid style journalism lies precisely in its willingness to follow the demands of its audience. However, we found the audience ‘effect’ (surprisingly) to be most obvious in the quality papers. For tabloids, ‘most read’ status actually had a slightly negative effect on article lifetime. We wouldn’t argue that tabloid editors actively reject the wishes of their audience; however we can say that these editors are no more likely to follow their audience than the typical ‘quality’ editor, and in fact may be less so. We do not have a clear explanation for this difference, though we could speculate that, as tabloid publications are already more tuned in to the wishes of their audience, the appearance of readership statistics makes less practical difference to the overall product. However it may also simply be the case that the online environment is slowly producing new journalistic practices for which the tabloid / quality distinction will be of less usefulness.

So on the basis of our study, we can say that high-traffic articles do in fact spend longer in the spotlight than ones that attract less readership: audience readership does have a measurable impact on the lifespan of political news. The audience is no longer the unknown quantity it was in offline journalism: it appears to have a clear impact on journalistic practice. The question that remains, however, is whether this constitutes evidence of a new ‘populism’ in journalism; or whether it represents (as editors themselves have argued) the simple striking of a balance between audience demands and news values.

Anderson, C. W. (2011) Between creative and quantified audiences: Web metrics and changing patterns of newswork in local US newsrooms. Journalism 12 (5) 550-566.

Tom Nicholls is a doctoral student at the Oxford Internet Institute. His research interests include the impact of technology on citizen/government relationships, the Internet’s implications for public management and models of electronic public service delivery.

Seeing like a machine: big data and the challenges of measuring...