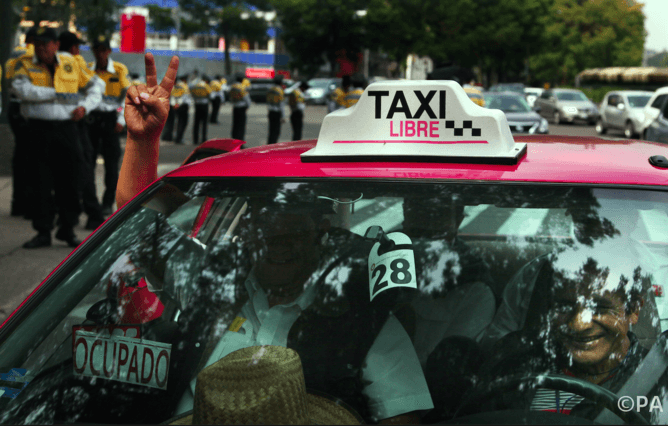 Some theorists suggest that such platforms are making our world more efficient by natural selection. The reality is a little more complicated. Reposted from The Conversation.

An angry crowd has attacked Uber cars with bars and stones outside Mexico City airport, the latest in a series of worldwide protests against the ride-hailing app. More than 1,000 taxi drivers blocked streets in Rio de Janeiro a few days ago, and the service has been restricted or banned in the likes of France, Germany, Italy and South Korea. Protests have also been staged against Airbnb, the platform for renting short-term accommodation.

Journalists and entrepreneurs have been quick to coin terms that try to capture the social and economic changes associated with such platforms: the sharing economy; the on-demand economy; the peer-to-peer economy; and so on. Each perhaps captures one aspect of the phenomenon, but doesn’t make sense of all its potentials and contradictions, including why some people love it and some would smash it into pieces.

Economic sociologists believe markets are always based on an underlying infrastructure that allows people to find out what goods and services are on offer, agree prices and terms, pay, and have a reasonable expectation that the other party will honour the agreement. The oldest example is the personal social network: traders hear what’s on offer through word of mouth and trade only with those they personally know and trust.

In the modern world we can do business with strangers, too, because we have developed institutions to make this reliable, like private property, enforceable contracts, standardised weights and measures, and consumer protection. They are part of a long historical continuum, from ancient trade routes with their customs to medieval fairs with codes of conduct to the state-enforced trade laws of the early industrial era.

Institutional economists and economic historians theorised in the 1980s that these have gradually been evolving towards ever more efficient forms through natural selection. People switch to cheaper, easier, more secure and more efficient institutions as new technology and organisational innovations make them possible. Old and cumbersome institutions fall into disuse, says the theory, and society becomes more efficient and economically prosperous as a result.

It is easy to frame platforms as the next step in such a process. Even if they don’t replace state institutions, they can plug gaps. For example enforcing a contract in court is expensive and unwieldy. Platforms provide cheaper and easier alternatives through reputation systems where participants rate each other’s conduct and view past ratings.

Uber does this with government-licensed taxi infrastructures, for instance, addressing everything from quality and discovery to trust and payment. Airbnb provides a similarly sweeping solution to short-term accommodation rental. The sellers on these platforms are not just consumers seeking to better use their resources, but also firms and professionals switching over from the state infrastructure. It is as if people and companies were abandoning their national institutions and emigrating en masse to Platform Nation.

The natural selection theory argues that the government shouldn’t try to stop people from using the likes of Uber and Airbnb, nor impose its evidently less efficient norms on them. Let people vote with their feet. But is that an oversimplification?

If buyers switch to new institutions, for instance, sellers may have little choice but to follow. Even if taxi drivers don’t like Uber’s rules, they may find there is little business to be had outside the platform and switch anyway. In the end, whether the market shifts can boil down to power rather than choice.

Even when everyone participates willingly, the arrangement might be bad for society. It might adversely affect third parties, for example, such as Airbnb guests annoying neighbours through noise, traffic or being unfamiliar with the local rules. In the worst case, a platform can make society less efficient by creating a “free-rider economy”.

If these kinds of conflicting interests are reconciled, it is through the political institutions that govern the markets. Social scientists can often find out more about a market by looking at its political institutions than comparative efficiency. Take the hotel industry. Local governments try to balance the interests of hoteliers and their neighbours by limiting hotel business to certain zones. Airbnb has no such mandate to address the interests of third parties on an equal footing. Perhaps because of this, 74% of Airbnb properties are not in the main hotel districts, but often in ordinary residential blocks.

Of course, government regulators are at risk of being captured by incumbents, or at the very least creating rules that benefit incumbents to the detriment of possible future participants. An example would be taxi-licensing systems that strictly limit the numbers of cab operators. Whatever quality assurance this offers customers, among the main losers are excluded would-be drivers.

Against this background, platforms can look like radical reformers. For example Uber aims to create 1m jobs for women by 2020, a pledge that would likely not be possible if it adhered to government licensing requirements, as most licences are owned by men. Having said that, Uber’s definition of a “job” is much more precarious and entrepreneurial than the conventional definition. My point here is not to take sides, but to show that their social implications are very different. Both possess flaws and redeeming qualities, many of which can be traced back to their political institutions and whom they represent.

What kind of new economic institutions are platform developers creating? How efficient are they? What other consequences do they have? Whose interests are they geared to represent? These are the questions that bureaucrats, journalists, and social scientists ought to be asking. I hope we will be able to discover ways to take what is good from the old and the new, and create infrastructure for an economy that is as fair and inclusive as it is efficient and innovative.

Can universal basic income counter the ill-effects of the gig economy?

Uber and Airbnb make the rules now — but to whose benefit? 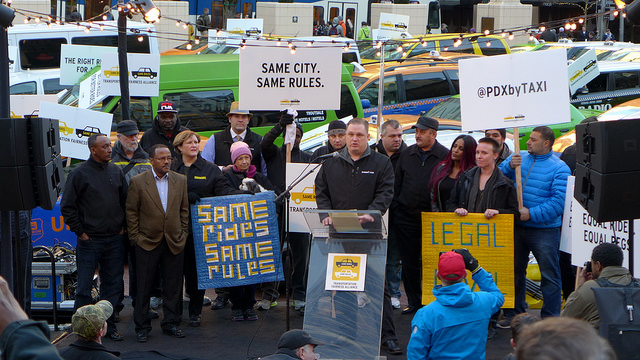