Open government policies are spreading across Europe, challenging previous models of the public sector, and defining new forms of relationship between government, citizens, and digital technologies. In their Policy & Internet article “Why Choose Open Government? Motivations for the Adoption of Open Government Policies in Four European Countries,” Emiliana De Blasio and Donatella Selva present a qualitative analysis of policy documents from France, Italy, Spain, and the UK, in order to map out the different meanings of open government, and how it is framed by different national governments.

As a policy agenda, open government can be thought of as involving four variables: transparency, participation, collaboration, and digital technologies in democratic processes. Although the variables are all interpreted in different ways, participation, collaboration, and digital technology provide the greatest challenge to government, given they imply a major restructuring of public administration, whereas transparency goals (i.e., the disclosure of open data and the provision of monitoring tools) do not. Indeed, transparency is mentioned in the earliest accounts of open government from the 1950s.

The authors show the emergence of competing models of open government in Europe, with transparency and digital technologies being the most prominent issues in open government, and participation and collaboration being less considered and implemented. The standard model of open government seems to stress innovation and openness, and occasionally of public–private collaboration, but fails to achieve open decision making, with the policy-making process typically rooted in existing mechanisms. However, the authors also see the emergence of a policy framework within which democratic innovations can develop, testament to the vibrancy of the relationship between citizens and the public administration in contemporary European democracies.

Ed.: Would you say there are more similarities than differences between these countries’ approaches and expectations for open government? What were your main findings (briefly)?

Emiliana / Donatella: We can imagine the four European countries (France, Italy, Spain and the UK) as positioned in a continuum between a participatory frame and an economic/innovation frame: on the one side, we could observe that French policies focus on open government in order to strenghten and innovate the tradition of débat public; at the opposite side, the roots of the UK’s open government are in cost-efficiency, accountability and transparency arguments. Just between those two poles, Italian and Spanish policies situate open government in the context of a massive reform of the public sector, in order to reduce the administrative burden and to restore citizen trust in institutions. Two years after we wrote the article, we can observe that both in Italy and Spain something has changed, and participation has regained attention as a public policy issue.

Ed.: How much does policy around open data change according to who’s in power? (Obama and Trump clearly have very different ideas about the value of opening up government..). Or do civil services tend to smooth out any ideological differences around openness and transparency, even as parties enter and leave power?

Emiliana / Donatella: The case of open data is quite peculiar: it is one of the few policy issues directly addressed by the European Union Commission, and now by the transnational agreement on the G8 Open Data Charter, and for this reason we could say there is a homogenising trend. Moreover, opening up data is an ongoing process — started at least eight years ago — that will be too difficult for any new government to stop. As for openness and transparency in general, Cameron (and now May), Hollande, Monti (and then Renzi) and Rajoy’s governments, all wrote policies with a strong emphasis on innovation and openness as the key for a better future.

In fact, we observed that at the national level, the rhetoric of innovation and openness is bipartisan, and not dependent on political orientation — although the concrete policy instruments and implementation strategies might differ. It is also for this reason that governments tend to remain in the “comfort zone” of transparency and public-private partnerships: they still evocate a change in the relationship between public sector and civil society, but they don’t actually address this change.

Still, we should highlight that at the regional and local levels open data, transparency and participation policies are mostly promoted by liberal and/or left-leaning administrations.

Ed.: Your results for France (i.e. almost no mention of the digital economy, growth, or reform of public services) are basically the opposite of Macron’s (winning) platform of innovation and reform. Did Macron identify a problem in France; and might you expect a change as he takes control?

Emiliana / Donatella: Macron’s electoral programme is based on what he already did while in charge at the Ministry of Economy: he pursued a French digital agenda willing to attract foreign investments, to create digital productive hubs (the French Tech), and innovate the whole economy. Interestingly, however, he did not frame those policies under the umbrella of open government, preferring to speak about “modernisation”. The importance given by Macron to innovation in the economy and public sector finds some antecedents in the policies we analysed: the issue of “modernisation” was prominent and we expect it will be even more, now that he has gained the presidency.

Ed.: In your article you analyse policy documents, i.e. texts that set out hopes and intentions. But is there any sense of how much practical effect these have: particularly given how expensive it is to open up data? You note “the Spanish and Italian governments are especially focused on restoring trust in institutions, compensating for scandals, corruption, and a general distrust which is typical in Southern Europe” .. and yet the current Spanish government is still being rocked by corruption scandals.

Emiliana / Donatella: The efficacy of any kind of policies can vary depending on many factors — such as internal political context, international constraints, economic resources, and clarity of policy instruments. In addition, we should consider that at the national level, very few policies have an immediate consequence on citizens’ everyday lives. This is surely one of the worst problems of open government: from the one side, it is a policy agenda promoted in a top-down perspective — from international and/or national institutions; and from the other side, it fails to engage local communities in a purposeful dialogue. At such, open government policies appear to be self-reflective acts by governments, as paradoxical as this might be.

Ed.: Despite terrible, terrible things like the Trump administration’s apparent deletion of climate data, do you see a general trend towards increased datafication, accountability, and efficiency (perhaps even driven by industry, as well as NGOs)? Or are public administrations far too subject to political currents and individual whim?

Emiliana / Donatella: As we face turbulent times, it would be very risky to assert that tomorrow’s world will be more open than today’s. But even if we observe some interruptions, the principles of open democracy and open government have colonised public agendas: as we have tried to stress in our article, openness, participation, collaboration and innovation can have different meanings and degrees, but they succeeded in acquiring the status of policy issues.

And as you rightly point out, the way towards accountability and openness is not a public sector’s prerogative any more: many actors from civil society and industry have already mobilised in order to influence government agendas, public opinion, and to inform citizens. As the first open government policies start to produce practical effects on people’s everyday lives, we might expect that public awareness will rise, and that no individual will be able to ignore it.

Ed.: And does the EU have any supra-national influence, in terms of promoting general principles of openness, transparency etc.? Or is it strictly left to individual countries to open up (if they want), and in whatever direction they like? I would have thought the EU would be the ideal force to promote rational technocratic things like open government?

Emiliana / Donatella: The EU has the power of stressing some policy issues, and letting some others be “forgotten”. The complex legislative procedures of the EU, together with the trans-national conflictuality, produce policies with different degrees of enforcement. Generally speaking, some EU policies have a direct influence on national laws, whereas some others don’t, leaving with national governments the decision of whether or not to act. In the case of open government, we see that the EU has been particularly influential in setting the Digital Agenda for 2020 and now the Sustainable Future Agenda for 2030; in both documents, Europe encourages Member States to dialogue and collaborate with private actors and civil society, in order to achieve some objectives of economic development.

At the moment, initiatives like the Open Government Partnership — which runs outside the EU competence and involves many European countries — are tying up governments in trans-national networks converging on a set of principles and methods. Because of that Partnership, for example, countries like Italy and Spain have experimented with the first national co-drafting procedures. 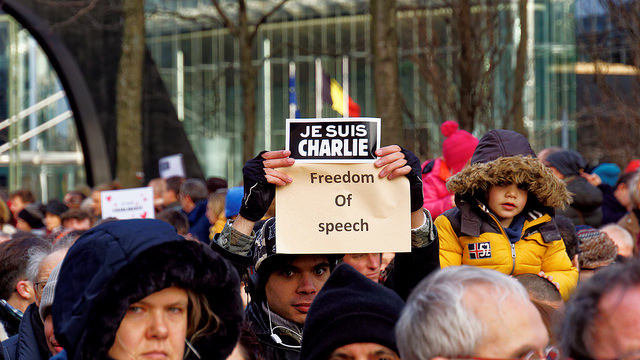 Assessing the Ethics and Politics of Policing the Internet for Extremist...