“In times past, we searched for gold, precious stones, minerals, and ore. Today, it is knowledge that makes us rich and access to information is all-powerful in enabling individual and collective success.” Lesotho Ministry of Communications, Science and Technology, 2005.

Changes in the ways knowledge is created and used — and how this is enabled by new information technologies — are driving economic and social development worldwide. Discussions of the “knowledge economy” see knowledge both as an economic output in itself, and as an input that strengthens economic processes; with developing countries tending to be described as planning or embarking on a journey of transformation into knowledge economies to bring about economic gain. Indeed, increasing connectivity has sparked many hopes for the democratization of knowledge production in sub-Saharan Africa.

Contrary to expectations, they find distribution patterns of digital content (measured by collaborative coding and domain registrations) to be more geographically uneven than those of academic articles: despite the hopes for the democratizing power of the information revolution. This suggests that the factors often framed as catalysts for a knowledge economy do not relate to these three metrics uniformly.

Connectivity is an important enabler of digital content creation, but it seems to be only a necessary, not a sufficient, condition; wealth, innovation capacity, and public spending on education are also important factors. While the growth in telecommunications might be reducing the continent’s reliance on extractive industries and agriculture, transformation into a knowledge economy will require far more concentrated effort than simply increasing Internet connectivity.

We caught up with Sanna to discuss the article’s findings:

Ed.: You chose three indices (articles, domain registration, collaborative coding) to explore the question of Africa’s “readiness” to join the knowledge economy. Are these standard measures for the (digital) knowledge economy?

Sanna: Academic articles is a measure often used to estimate knowledge-rich activity, so you could consider it a traditional variable in this area. Other previous work measuring the geographies of codified knowledge have focused on particular aspects or segments of it, such as patents, citations, and innovation systems.

What we found to be an interesting gap in the estimation of knowledge economies is that even if digital connectivity is central to the knowledge economy discourse, studies of the current geographies of digital knowledge and information on online platforms are rare. We argue that digitally mediated participation in information- and knowledge-intensive activities offers a metric that closely measures human capacity and skills. An analysis of digitally mediated traces of skills and information might thus complement the knowledge economy discussion and offer a way to better detect the boundaries of contemporary knowledge economies. To address the gap of research on digital content, we examine the geography of activities in collaborative software development (using the GitHub platform), and the registration of top-level domains. While there are other indicators that we could have included in the analysis, we selected these two, as they have a global reach and because they measure two distinct, but important segments of knowledge economy.

Ed.: To what extent do the drivers commonly associated with knowledge economies (e.g., GDP, broadband Internet, education, innovation) explain the patterns you found? And what were these patterns?

Sanna: While connectivity plays a role in all three categories, it seems to have a strong effect only on digital content creation. Conversely, the production of academic articles is more strongly related to GDP than to connectivity. Innovation capacity appears to have a positive relationship to all three content types. Education as a topically narrower variable appears, perhaps unexpectedly, to be related only to variance in academic articles.

In terms of the patterns of these variables, we find that the geographies of collaborative coding and domain registrations are more uneven than the spatial distribution of academic authoring. Sub-Saharan Africa contributes the smallest share of content to all three categories, providing only 1.1% of academic articles. With 0.5% of collaborative coding and 0.7% of domain registrations, SSA produces an even smaller share of digital content.

While comparison across absolute numbers informs us of the total volume of content creation, it is useful to pair that with a standardized measure that informs us of the propensity of content creation across the populations. Considering the most productive countries in terms of their per capita content creation suggests geographies even more clustered in Europe than looking at total numbers. In SSA, the level of individual countries’ content production falls within the two lowest quintiles more often in the case of collaborative coding and domain registrations than with academic articles. This runs contrary to the expectation of contemporary digitally mediated content being more evenly geographically distributed than traditional content.

Ed.: You measured “articles” by looking at author affiliations. Could you just as well have used “universities” as the measure? Or is there an assumption that connectivity will somehow encourage international co-authorship (does it?) — or that maybe “articles” is a better measure of knowledge quality than presence of universities per se?

We didn’t use the number of universities as an indicator of the knowledge economy, because we wanted to look at measures of knowledge-intensive content-creation. While universities educate individuals and increase the nation’s human capital, this ‘output’ is very diverse and looks very different between universities. Further, we wanted to assess whether education in fact drives the development of knowledge economy, and used a measure of enrollment rates in secondary and tertiary education as an explanatory variable in our analysis.

Ed.: There’s a lot of talk of Africa entering the “global” marketplace: but how global is the knowledge economy — particularly given differences in language and culture? I imagine most cultural and knowledge production remains pretty local?

Sanna: The knowledge economy could be seen as a new dynamic stage in the global economic restructuring, where economic processes and practices that place greater emphasis of intellectual abilities take place in the context of an increasingly interconnected world. To the extent that African information- and knowledge-intensive goods and services compete in these global markets, one could consider the region entering the global knowledge economy. While the markets for knowledge-based goods and services may be smaller in various African countries, many produce regionally or nationally and locally targeted knowledge-rich products. However, this understanding of the concept of knowledge economy tends to focus on commercial activities and scientific and technical knowledge and neglect indigenous, local or cultural knowledge. These types of knowledge have a higher tendency of being tacit rather than codifiable in nature. Unlike codified knowledge, which can be recorded and transmitted through symbols or become materialized in concrete form such as tools or machinery, tacit knowledge takes time to obtain and is not as easily diffused. While these tacit types of knowledge are prevalent and carry significant value for their users and producers, they are less easily converted to commercial value. This makes their measurement more challenging and as a result the discourse of knowledge economies tends to focus less on these types of knowledge production.

Ed.: Is the knowledge economy always going to be a “good” thing, or could it lead to (more) economic exploitation of the region — for example if it got trapped into supplying a market for low-quality work? (I guess the digital equivalent of extractive, rather than productive industries .. call centres, gig-work etc.)

Sanna: As is the case with any type of economic activity, the distributional effects of knowledge economies are affected by a myriad of factors. On one hand, many of the knowledge- and information-rich economic activities require human capital and technological resources, and tend to yield goods and services with higher value added. The investment in and the greater presence of these resources may help nations and individuals to access more opportunities to increase their welfare. However, countries don’t access the global information- and knowledge-based markets as equal players and the benefits from knowledge economies are not distributed equally. It is possible that exploitative practices exist in particular where institutions and regulatory practices are not sufficiently powerful to ensure adequate working conditions. In a previous study on the Sub-Saharan African gig economy and digital labour – both areas that could be considered to form part of the knowledge economy – some of the authors found that while a range of workers in these domains enjoy important and tangible benefits, they also face risks and costs such as low bargaining power, limited economic inclusion, intermediated value chains leading to exploitation of less experienced workers, and restrictions in upgrading skills in order to move upwards in professional roles.

Ed.: I guess it’s difficult to unpack any causation in terms of Internet connectivity, economic development, and knowledge economies — despite hopes of the Internet “transforming” Sub-Saharan African economies. Is there anything in your study (or others) to hint at an answer to the question of causality?

Sanna: In order to discuss causality, we would need to study the effects of a given intervention or treatment, as measured in an ideal randomized controlled experiment. As we’re not investigating the effect of a particular intervention, but studying descriptive trends in the three dependent variables using the Ordinary Least Squares (OLS) method of estimation in multiple linear regression framework, we cannot make strong claims about causality. However, we find that both the descriptive study of RQ1 as well as the regression modeling and residual mapping for RQ2 offer statistically significant results, which lend themselves for interpretations with relevance to our RQs and that have important implications, which we discuss in the concluding section of the article.

Has Internet policy had any effect on Internet penetration in Sub-Saharan Africa? 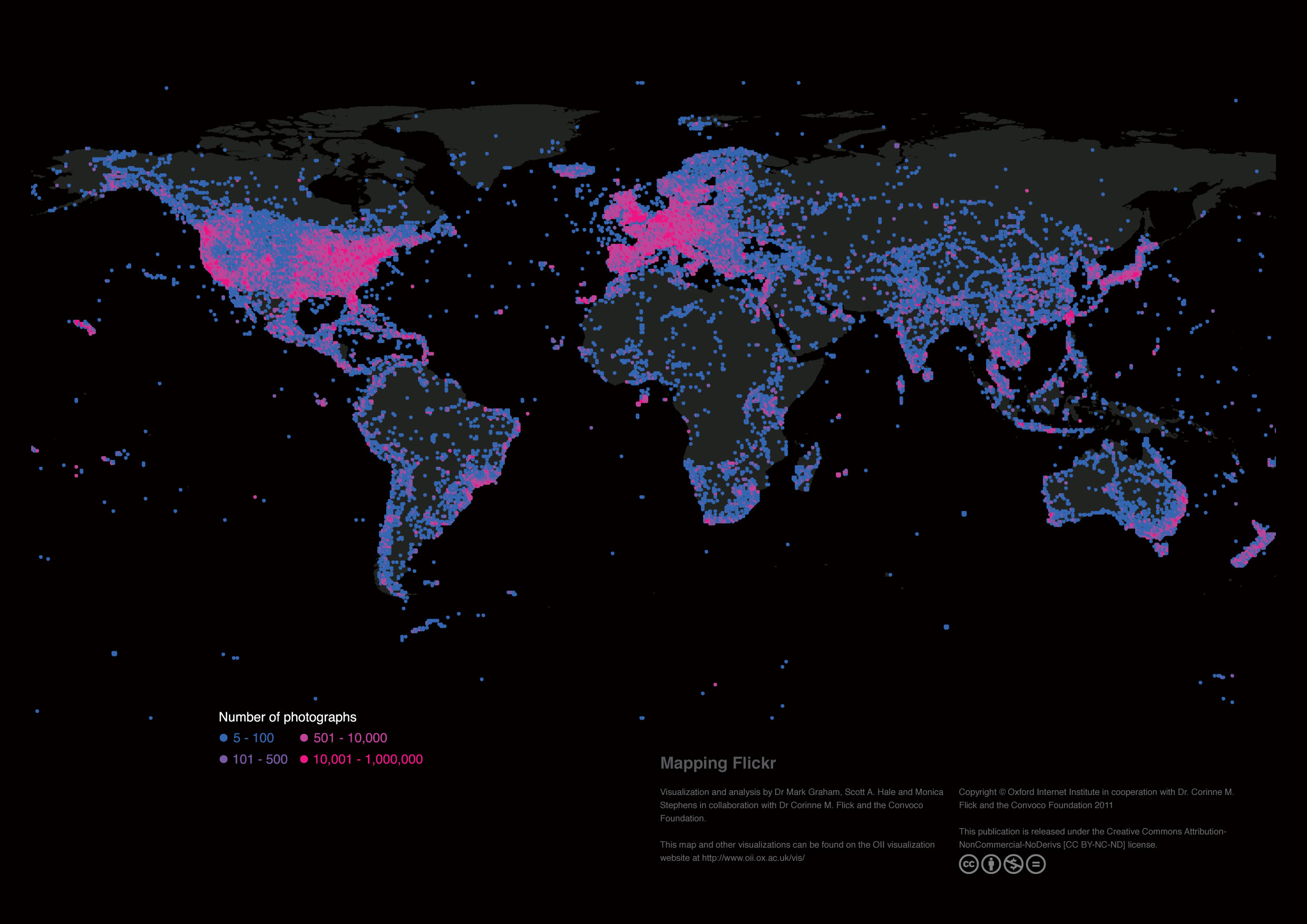