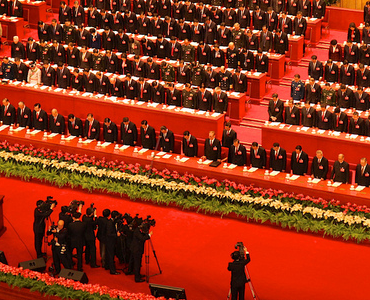 Ed: Investment by the Chinese government in internal monitoring systems has been substantial: what components make it up?

Jesper: Two different information systems are currently in use. Within the government there is one system directed towards administrative case-processing. In addition to this, the Communist Party has its own monitoring system, which is less sophisticated in terms of real-time surveillance, but which has a deeper structure, as it collects and cross-references personal information about party-members working in the administration. These two systems parallel the existing institutional arrangements found in the dual structure consisting of the Discipline Inspection Commissions and the Bureaus of Supervision on different levels of government. As such, the e-monitoring system has particular ‘Chinese characteristics’, reflecting the bureaucracy’s Leninist heritage where Party-affairs and government-affairs are handled separately, applying different sets of rules.

On the government’s e-monitoring platform the Bureau of Supervision (the closest we get to an Ombudsman function in the Chinese public administration) can collect data from several other data systems, such as the e-government systems of the individual bureaus involved in case processing; feeds from surveillance cameras in different government organisations; and even geographical data from satellites. The e-monitoring platform does not, however, afford scanning of information outside the government systems. For instance, social media are not part of the administration surveillance infrastructure.

Ed: How centralised is it as a system? Is local or province-level monitoring of public officials linked up to the central government?

Jesper: The architecture of the e-monitoring systems integrates the information flows to the provincial level, but not to the central level. One reason for this may be found by following the money. Funding for these systems mainly comes from local sources, and the construction was initially based on municipal-level systems supported by the provincial level. Hence, at the early stages the path towards individual local-level systems was the natural choice. A reason for why the build up was not initially envisioned to comprise the central level could be that the Chinese central government is comparatively small, and they could be worried about information overload. It could, however, also be an expression of provinces wanting to handle ‘internal affairs’ themselves rather than having central actors involved; possibly a case of provincial resistance to central monitoring.

Ed: Digital systems allow for the efficient control and recording of vast numbers of transactions (e.g. by timestamping, alerting, etc.). But all systems are subvertible: is there any evidence that this is happening?

Jesper: There are certainly attempts to shirk work or continue corrupt activities despite the monitoring system. For instance, some urban managers who work in the streets (which are hard to monitor by video surveillance) have used fake photos to ‘prove’ that a particular maintenance task had been completed, thereby saving themselves the time and energy of verifying that the problem had in fact been solved. They could do this because the system did not stamp the photo with geographical information data, and hence they could claim that a photo was taken at any location.

However, administrative processes that take place in an office rather than ‘in the wild’ are easier to monitor. Administrative approval processes that relate to, e.g., tax and business licensing, which the government handles in one-stop-shopping service centres, tend to be less corrupt after the introduction of the e-monitoring system. To be sure, this does not mean that the administration is clean now; instead the corruption moves to other places, such as applications for business licenses for larger companies, which is only partly covered by e-monitoring.

Ed: We are used to a degree of audit and oversight of our working behaviour and performance in the West; does this personal monitoring go beyond what might be considered normal (or just) to us?

Jesper: The notion of being video surveilled during office work would probably be met with resistance by employees in Western government agencies. This is, however, a widespread practice in call centres in the West, so in this sense it is not entirely unknown in work settings. Additionally, government one-stop shops in the West are often equipped with closed-circuit television, but this is mostly — as I understand — used to document client violations of the public employees rather than the other way round. Another aspect that sets apart the Chinese administration is that the options for recourse (e.g. for a wrongfully accused public employee) only include the authorities already dealing with the case.

Ed: Could these systems also be used to monitor the behaviour of citizens?

Jesper: Indeed, the monitoring system enables access to information from a number of different sources, such as registers of tax payment, social welfare benefits and real-estate holdings, and to some extent it is already used in relation to citizens. For instance the tax register and the real-estate register are cross-referenced. If a real-estate owner has a tax debt then documentation for the real estate cannot be printed until the debt is paid. We must expect further development of these kinds of functions. This e-monitoring ‘architecture of control’ can thus be activated both towards the administration itself as well as outward towards citizens.

Ed: There is oversight of the actions of government officials by the Bureau of Supervision; but is there any public oversight of, e.g., the government’s decision-making process, particularly of potentially embarrassing decisions? Who watches the watchers?

Jesper: Currently in China there are two digitally mediated mechanisms working simultaneously to reduce corruption. The first is the e-monitoring system described here, which mainly addresses administrative corruption. The second is what we might call a ‘fire alarm’ mechanism whereby citizens point public attention to corruption scandals or local government failures — often through the use of microblogs. E-monitoring addresses corruption in the work process but does not include government decision-making. The ‘fire alarm’ in part addresses the latter concern as citizens can vent their frustrations online. However, even though microblogging has empowered citizens to speak out against corruption and counter-productive policies, this does not reflect institutionalised control but happens on an ad hoc basis. If the Bureau of Supervision and the Disciplinary Inspection Commission do not wish to act, there is no further backstop. The Internet-based e-monitoring systems, hence, do not alter the institutional setup of the system and there is no-one to ‘watch the watchers’ except for in the occasional cases where the fire alarm mechanism works.

Ed: Is there a danger that public disclosure of power abuses might generate dissatisfaction and mistrust in government, without necessarily solving the issue of corruption itself?

Jesper: Over the last few years a number of corruption scandals have been brought to public attention through microblogs. Civil servants have been punished, and obviously these incidents have not improved public satisfaction with the particular local governments involved. Apart from the negative consequences of public mistrust, one could speculate that the microblogging ‘fire alarm’ only works when it is allowed to do so by the government. Technically speaking it is relatively simple for the sophisticated Chinese censoring apparatus to stop debates that touch upon issues that are too sensitive for the Party. So, it would be naive to believe that this mechanism is revealing more than the tip of the iceberg in terms of corruption.

Ed: Both Russia and India have big problems with corruption: do you know if there are similar electronic oversight systems embedded in their public administrations? What makes China different if not?

Jesper: In this area, China has made concerted efforts to reduce corruption at the lowest levels of government, as a result of dissatisfaction from both the business communities and the general public. Similarly, in Russia and India (and a number of Asian states) many functions such as taxation, business licensing, etc., have been incorporated in e-government systems and through this process been made more transparent and easy to track than previous processes. However, to my knowledge, the Chinese system is at the forefront when it comes to integrating these different platforms into a larger monitoring system ecology. 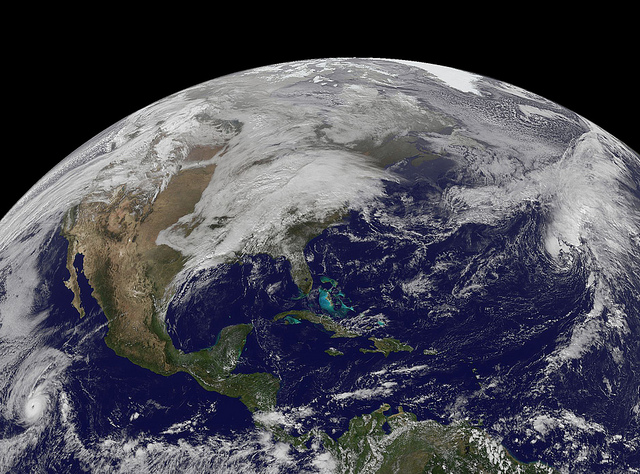 The challenges of government use of cloud services for public service...