Advocates of deliberative democracy have always hoped that the Internet would provide the means for an improved public sphere. But what particular platform features should we look to, to promote deliberative debate online? In their Policy & Internet article “Design Matters! An Empirical Analysis of Online Deliberation on Different News Platforms“, Katharina Esau, Dennis Friess, and Christiane Eilders show how differences in the design of various news platforms result in significant variation in the quality of deliberation; measured as rationality, reciprocity, respect, and constructiveness.

The study’s findings suggest that deliberative discourse in the virtual public sphere of the Internet is indeed possible, which is good news for advocates of deliberative theory. However, this will only be possible by carefully considering how platforms function, and how they are designed. Some may argue that the “power of design” (shaped by organizers like media companies), contradicts the basic idea of open debate amongst equals where the only necessary force is Habermas’s “forceless force of the better argument”. These advocates of an utterly free virtual public sphere may be disappointed, given it’s clear that deliberation is only likely to emerge if the platform is designed in a particular way.

Katharina / Dennis / Christiane: There are several design features which are known to influence online deliberation. However, in this study we particularly focus on moderation, asynchronous discussion, clear topic definition, and the availability of information, which we have found to have a positive influence on the quality of online deliberation.

Ed.: I associate “Internet as a deliberative space” with Habermas, but have never read him: what’s the short version of what he thinks about “the public sphere” — and how the Internet might support this?

Katharina / Dennis / Christiane: Well, Habermas describes the public sphere as a space where free and equal people discuss topics of public import in a specific way. The respectful exchange of rational reasons is crucial in this normative ideal. Due to its open architecture, the Internet has often been presented as providing the infrastructure for large scale deliberation processes. However, Habermas himself is very skeptical as to whether online spaces support his ideas on deliberation. Ironically, he is one of the most influential authors in online deliberation scholarship.

Ed.: What do advocates of the Internet as a “deliberation space” hope for — simply that people will feel part of a social space / community if they can like things or comment on them (and see similar viewpoints); or that it will result in actual rational debate, and people changing their minds to “better” viewpoints, whatever they may be? I can personally see a value for the former, but I can’t imagine the latter ever working, i.e. given people basically don’t change?

Katharina / Dennis / Christiane: We are thinking that both hopes are present in the current debate, and we partly agree with your perception that changing minds seems to be difficult. But we may also be facing some methodological or empirical issues here, because changing of minds is not an easy thing to measure. We know from other studies that deliberation can indeed cause changes of opinion. However, most of this probably takes place within the individual’s mind. Robert E. Goodin has called this process “deliberation within” and this is not accessible through content analysis. People do not articulate “Oh, thanks for this argument, I have changed my mind”, but they probably take something away from online discussions which makes them more open minded.

Ed.: Does Wikipedia provide an example where strangers have (oddly!) come together to create something of genuine value — but maybe only because they’re actually making a specific public good? Is the basic problem of the idea of the “Internet supporting public discourse” that this is just too aimless an activity, with no obvious individual or collective benefit?

Katharina / Dennis / Christiane: We think Wikipedia is a very particular case. However, we can learn from this case that the collective goal plays a very important role for the quality of contributions. We know from empirical research that if people have the intention of contributing to something meaningful, discussion quality is significantly higher than in online spaces without that desire to have an impact.

Ed.: I wonder: isn’t Twitter the place where “deliberation” now takes place? How does it fit into, or inform, the deliberation literature, which I am assuming has largely focused on things like discussion fora?

Katharina / Dennis / Christiane: This depends on the definition of the term “deliberation”. We would argue that the limitation to 280 characters is probably not the best design feature for meaningful deliberation. However, we may have to think about deliberation in less complex contexts in order to reach more people; but this is a polarizing debate.

Ed.: You say that “outsourcing discussions to social networking sites such as Facebook is not advisable due to the low level of deliberative quality compared to other news platforms”. Facebook has now decided that instead of “connecting the world” it’s going to “bring people closer together” — what would you recommend that they do to support this, in terms of the design of the interactive (or deliberative) features of the platform?

Katharina / Dennis / Christiane: This is a difficult one! We think that the quality of deliberation on Facebook would strongly benefit from moderators, which should be more present on the platform to structure the discussions. By this we do not only mean professional moderators but also participative forms of moderation, which could be encouraged more by mechanisms which support such behaviour. 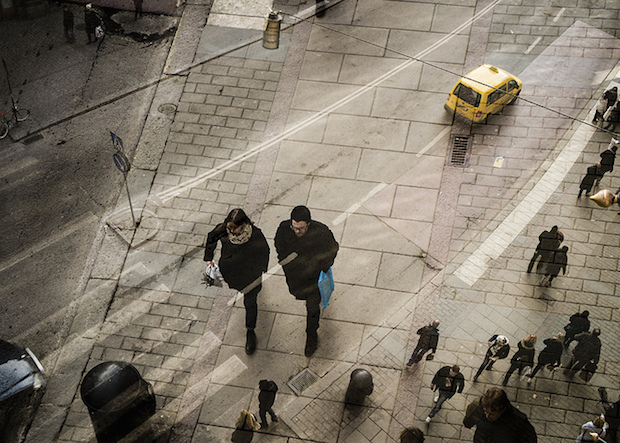 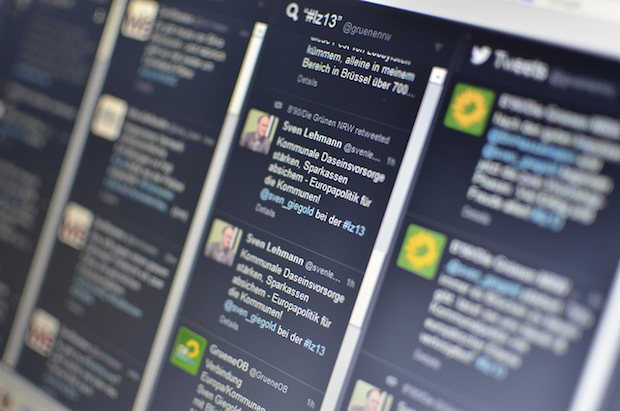