As I discussed in a previous post on the promises and threats of big data for public policy-making, public policy making has entered a period of dramatic change. Widespread use of digital technologies, the Internet and social media means citizens and governments leave digital traces that can be harvested to generate big data. This increasingly rich data environment poses both promises and threats to policy-makers.

So how can social scientists help policy-makers in this changed environment, ensuring that social science research remains relevant? Social scientists have a good record on having policy influence, indeed in the UK better than other academic fields, including medicine, as recent research from the LSE Public Policy group has shown. Big data hold major promise for social science, which should enable us to further extend our record in policy research. We have access to a cornucopia of data of a kind which is more like that traditionally associated with so-called ‘hard’ science. Rather than being dependent on surveys, the traditional data staple of empirical social science, social media such as Wikipedia, Twitter, Facebook, and Google Search present us with the opportunity to scrape, generate, analyse and archive comparative data of unprecedented quantity. For example, at the OII over the last four years we have been generating a dataset of all petition signing in the UK and US, which contains the joining rate (updated every hour) for the 30,000 petitions created in the last three years. As a political scientist, I am very excited by this kind of data (up to now, we have had big data like this only for voting, and that only at election time), which will allow us to create a complete ecology of petition signing, one of the more popular acts of political participation in the UK. Likewise, we can look at the entire transaction history of online organizations like Wikipedia, or map the link structure of government’s online presence.

But big data holds threats for social scientists too. The technological challenge is ever present. To generate their own big data, researchers and students must learn to code, and for some that is an alien skill. At the OII we run a course on Digital Social Research that all our postgraduate students can take; but not all social science departments could either provide such a course, or persuade their postgraduate students that they needed it. Ours, who study the social science of the Internet, are obviously predisposed to do so. And big data analysis requires multi-disciplinary expertise. Our research team working on petitions data includes a computer scientist (Scott Hale), a physicist (Taha Yasseri) and a political scientist (myself). I can’t imagine doing this sort of research without such technical expertise, and as a multi-disciplinary department we are (reasonably) free to recruit these type of research faculty. But not all social science departments can promise a research career for computer scientists, or physicists, or any of the other disciplinary specialists that might be needed to tackle big data problems.

So, how can social scientists overcome these challenges, and thereby be in a good position to aid policy-makers tackle their own barriers to making the most of the possibilities afforded by big data? Here are five recommendations:

• Accept that multi-disciplinary research teams are going to become the norm for social science research, extending beyond social science disciplines into the life sciences, mathematics, physics, and engineering. At Policy and Internet’s 2012 Big Data conference, the keynote speaker Duncan Watts (physicist turned sociologist) called for a ‘dating agency’ for engineers and social scientists – with the former providing the technological expertise, and the latter identifying the important research questions. We need to make sure that forums exist where social scientists and technologists meet and discuss big data research at the earliest stages, so that research projects and programmes incorporate the core competencies of both.

• We need to provide the normative and ethical basis for policy decisions in the big data era. That means bringing in normative political theorists and philosophers of information into our research teams. The government has committed £65 million to big data research funding, but it seems likely that any successful research proposals will have a strong ethics component embedded in the research programme, rather than an ethics add on or afterthought.

• Bringing policy makers and academic researchers together to tackle the challenges that big data present. Last month the OII and Policy and Internet convened a workshop in Harvard on Responsible Research Agendas for Public Policy in the Big Data Era, which included various leading academic researchers in the government and big data field, and government officials from the Census Bureau, the Federal Reserve Board, the Bureau of Labor Statistics, and the Office of Management and Budget (OMB). The discussions revealed that there is continual procession of major events on big data in Washington DC (usually with a corporate or scientific research focus) to which US federal officials are invited, but also how few were really dedicated to tackling the distinctive issues that face government agencies such as those represented around the table.

• Taking forward theoretical development in social science, incorporating big data insights. I recently spoke at the Oxford Analytica Global Horizons conference, at a session on Big Data. One of the few policy-makers (in proportion to corporate representatives) in the audience asked the panel “where is the theory”? As social scientists, we need to respond to that question, and fast.

This post is based on discussions at the workshop on Responsible Research Agendas for Public Policy in the era of Big Data workshop and the Political Studies Association Why Universities Matter: How Academic Social Science Contributes to Public Policy Impact, held at the LSE on 26 September 2013.

Helen Margetts is the Director of the OII, and Professor of Society and the Internet. She is a political scientist specialising in e-government and digital era governance and politics, investigating the nature and implications of relationships between governments, citizens and the Internet and related digital technologies in the UK and internationally. 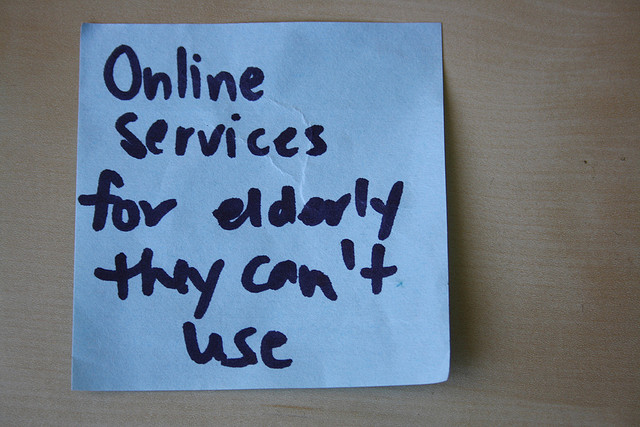 eHealth: what is needed at the policy level? New special issue...