The role of social media in fostering the transparency of governments and strengthening the interaction between citizens and public administrations has been widely studied. Scholars have highlighted how online citizen-government and citizen-citizen interactions favour debates on social and political matters, and positively affect citizens’ interest in political processes, like elections, policy agenda setting, and policy implementation.

However, while top-down social media communication between public administrations and citizens has been widely examined, the bottom-up side of this interaction has been largely overlooked. In their Policy & Internet article “The ‘Social Side’ of Public Policy: Monitoring Online Public Opinion and Its Mobilization During the Policy Cycle,” Andrea Ceron and Fedra Negri aim to bridge the gap between knowledge and practice, by examining how the information available on social media can support the actions of politicians and bureaucrats along the policy cycle.

Policymakers, particularly politicians, have always been interested in knowing citizens’ preferences, in measuring their satisfaction and in receiving feedback on their activities. Using the technique of Supervised Aggregated Sentiment Analysis, the authors show that meaningful information on public services, programmes, and policies can be extracted from the unsolicited comments posted by social media users, particularly those posted on Twitter. They use this technique to extract and analyse citizen opinion on two major public policies (on labour market reform and school reform) that drove the agenda of the Matteo Renzi cabinet in Italy between 2014 and 2015.

They show how online public opinion reacted to the different policy alternatives formulated and discussed during the adoption of the policies. They also demonstrate how social media analysis allows monitoring of the mobilization and de-mobilization processes of rival stakeholders in response to the various amendments adopted by the government, with results comparable to those of a survey and a public consultation that were undertaken by the government.

Ed.: You say that this form of opinion monitoring and analysis is cheaper, faster and easier than (for example) representative surveys. That said, how commonly do governments harness this new form of opinion-monitoring (with the requirement for new data skills, as well as attitudes)? Do they recognise the value of it?

Andrea / Fedri: Governments are starting to pay attention to the world of social media. Just to give an idea, the Italian government has issued a call to jointly collect survey data together with the results of social media analysis and these two types of data are provided in a common report. The report has not been publicly shared, suggesting that the cabinet considers such information highly valuable. VOICES from the blogs, a spin-off created by Stefano Iacus, Luigi Curini and Andrea Ceron (University of Milan), has been involved in this and, for sure, we can attest that in a couple of instances the government modified its actions in line with shifts in public opinion observed both through survey polls and sentiment analysis. This happened with the law on Civil Unions and with the abolishment of the “voucher” (a flexible form of worker payment). So far these are just instances — although there are signs of enhanced responsiveness, particularly when online public opinion represents the core constituency of ruling parties, as the case of the school reform (discussed in the article) clearly indicates: teachers are in fact the core constituency of the Democratic Party.

Ed.: You mention that the natural language used by social media users evolves continuously and is sensitive to the discussed topic: resulting in error. The method you use involves scaling up of a human-coded (=accurate) ontology. Could you discuss how this might work in practice? Presumably humans would need to code the terms of interest first, as it wouldn’t be able to pick up new issues (e.g. around a completely new word: say, “Bowling Green”?) automatically.

Andrea / Fedri: Gary King says that the best technology is human empowered. There are at least two great advantages in exploiting human coders. First, with our technique coders manage to get rid of noise better than any algorithm, as often a single word can be judged to be in-topic or out of topic based on the context and on the rest of the sentence. Second, human-coders can collect deeper information by mining the real opinions expressed in the online conversations. This sometimes allows them to detect, bottom-up, some arguments that were completely ignored ex-ante by scholars or analysts.

Ed.: There has been a lot of debate in the UK around “false balance”, e.g. the BBC giving equal coverage to climate deniers (despite being a tiny, unrepresentative, and uninformed minority), in an attempt at “impartiality”: how do you get round issues of non-representativeness in social media, when tracking — and more importantly, acting on — opinion?

Andrea / Fedri: Nowadays social media are a non-representative sample of a country’s population. However, the idea of representativeness linked to the concept of “public opinion” dates back to the early days of polling. Today, by contrast, online conversations often represent an “activated public opinion” comprising stakeholders who express their voices in an attempt to build wider support around their views. In this regard, social media data are interesting precisely due to their non-representativeness. A tiny group can speak loudly and this voice can gain the support of an increasing number of people. If the activated public opinion acts as an “influencer”, this implies that social media analysis could anticipate trends and shifts in public opinion.

Ed.: As data becomes increasingly open and tractable (controlled by people like Google, Facebook, or monitored by e.g. GCHQ / NSA), and text-techniques become increasingly sophisticated: what is the extreme logical conclusion in terms of government being able to track opinion, say in 50 years, following the current trajectory? Or will the natural messiness of humans and language act as a natural upper limit on what is possible?

Andrea / Fedri: The purpose of scientific research, particularly applied research, is to improve our well-being and to make our life easier. For sure there could be issues linked with the privacy of our data and, in a sci-fi scenario, government and police will be able to read our minds — either to prevent crimes and terrorist attacks (as in the Minority Report movie) or to detect, isolate and punish dissent. However, technology is not a standalone object and we should not forget that there are humans behind it. Whether these humans are governments, activists or common citizens, can certainly make a difference. If governments try to misuse technology, they will certainly meet a reaction from citizens — which can be amplified precisely via this new technology. 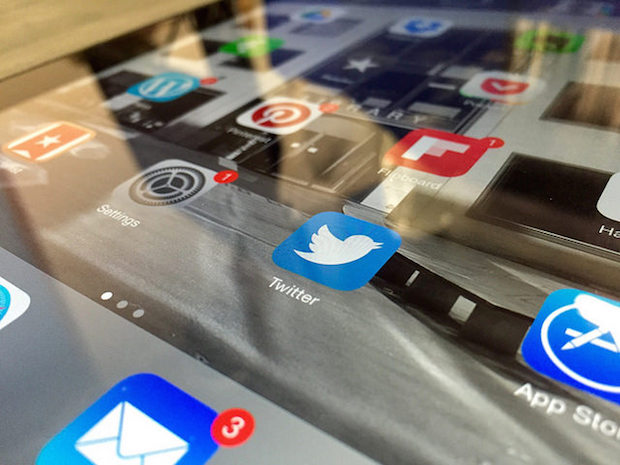 Five Pieces You Should Probably Read On: Fake News and Filter...