If elections were invented today, they would probably be referred to as “crowdsourcing the government.” First coined in a 2006 issue of Wired magazine (Howe, 2006), the term crowdsourcing has come to be applied loosely to a wide variety of situations where ideas, opinions, labor or something else is “sourced” in from a potentially large group of people. Whilst most commonly applied in business contexts, there is an increasing amount of buzz around applying crowdsourcing techniques in government and policy contexts as well (Brabham, 2013).

Though there is nothing qualitatively new about involving more people in government and policy processes, digital technologies in principle make it possible to increase the quantity of such involvement dramatically, by lowering the costs of participation (Margetts et al., 2015) and making it possible to tap into people’s free time (Shirky, 2010). This difference in quantity is arguably great enough to obtain a quality of its own. We can thus be justified in using the term “crowdsourcing for public policy and government” to refer to new digitally enabled ways of involving people in any aspect of democratic politics and government, not replacing but rather augmenting more traditional participation routes such as elections and referendums.

In this editorial, we will briefly highlight some of the key emerging issues in research on crowdsourcing for public policy and government. Our entry point into the discussion is a collection of research papers first presented at the Internet, Politics & Policy 2014 (IPP2014) conference organized by the Oxford Internet Institute (University of Oxford) and the Policy & Internet journal. The theme of this very successful conference—our third since the founding of the journal—was “crowdsourcing for politics and policy.” Out of almost 80 papers presented at the conference in September last year, 14 of the best have now been published as peer-reviewed articles in this journal, including five in this issue. A further handful of papers from the conference focusing on labor issues will be published in the next issue, but we can already now take stock of all the articles focusing on government, politics, and policy.

The growing interest in crowdsourcing for government and public policy must be understood in the context of the contemporary malaise of politics, which is being felt across the democratic world, but most of all in Europe. The problems with democracy have a long history, from the declining powers of parliamentary bodies when compared to the executive; to declining turnouts in elections, declining participation in mass parties, and declining trust in democratic institutions and politicians. But these problems have gained a new salience in the last five years, as the ongoing financial crisis has contributed to the rise of a range of new populist forces all across Europe, and to a fragmentation of the center ground. Furthermore, poor accuracy of pre- election polls in recent elections in Israel and the UK have generated considerable debate over the usefulness and accuracy of the traditional way of knowing what the public is thinking: the sample survey.

Many place hopes on technological and institutional innovations such as crowdsourcing to show a way out of the brewing crisis of democratic politics and political science. One of the key attractions of crowdsourcing techniques to governments and grass roots movements alike is the legitimacy such techniques are expected to be able to generate. For example, crowdsourcing techniques have been applied to enable citizens to verify the legality and correctness of government decisions and outcomes. A well-known application is to ask citizens to audit large volumes of data on government spending, to uncover any malfeasance but also to increase citizens’ trust in the government (Maguire, 2011).

Articles emerging from the IPP2014 conference analyze other interesting and comparable applications. In an article titled “Population as Auditor of an Election Process in Honduras: The Case of the VotoSocial Crowdsourcing Platform,” Carlos Arias, Jorge Garcia and Alejandro Corpeño (2015) describe the use of crowdsourcing for auditing election results. Dieter Zinnbauer (2015) discusses the potentials and pitfalls of the use of crowdsourcing for some other types of auditing purposes, in “Crowdsourced Corruption Reporting: What Petrified Forests, Street Music, Bath Towels, and the Taxman Can Tell Us About the Prospects for Its Future.”

Besides allowing citizens to verify the outcome of a process, crowdsourcing can also be used to lend an air of inclusiveness and transparency to a process itself. This process legitimacy can then indirectly legitimate the outcome of the process as well. For example, crowdsourcing-style open processes have been used to collect policy ideas, gather support for difficult policy decisions, and even generate detailed spending plans through participatory budgeting (Wampler & Avritzer, 2004). Articles emerging from our conference further advance this line of research. Roxana Radu, Nicolo Zingales and Enrico Calandro (2015) examine the use of crowdsourcing to lend process legitimacy to Internet governance, in an article titled “Crowdsourcing Ideas as an Emerging Form of Multistakeholder Participation in Internet Governance.” Graham Smith, Robert C. Richards Jr. and John Gastil (2015) write about “The Potential of Participedia as a Crowdsourcing Tool for Comparative Analysis of Democratic Innovations.”

An interesting cautionary tale is presented by Henrik Serup Christensen, Maija Karjalainen and Laura Nurminen (2015) in “Does Crowdsourcing Legislation Increase Political Legitimacy? The Case of Avoin Ministeriö in Finland.” They show how a citizen initiative process ended up decreasing government legitimacy, after the government failed to implement the outcome of an initiative process that was perceived as highly legitimate by its supporters. Taneli Heikka (2015) further examines the implications of citizen initiative processes to the state–citizen relationship in “The Rise of the Mediating Citizen: Time, Space and Citizenship in the Crowdsourcing of Finnish Legislation.”

In many of the contributions that touch on the legitimating effects of crowdsourcing, one can sense a third, latent theme. Besides allowing outcomes to be audited and processes to be potentially more inclusive, crowdsourcing can also increase the perceived legitimacy of a government or policy process by lending an air of innovation and technological progress to the endeavor and those involved in it. This is most explicitly stated by Simo Hosio, Jorge Goncalves, Vassilis Kostakos and Jukka Riekki (2015) in “Crowdsourcing Public Opinion Using Urban Pervasive Technologies: Lessons From Real-Life Experiments in Oulu.” They describe how local government officials collaborating with the research team to test a new public screen based polling system “expressed that the PR value boosted their public perception as a modern organization.” That some government crowdsourcing initatives are at least in part motivated by such “crowdwashing” is hardly surprising, but it encourages us to retain a critical approach and analyze actual outcomes instead of accepting dominant discourses about the nature and effects of crowdsourcing at face value.

For instance, we must continue to examine the actual size, composition, internal structures and motivations of the supposed “crowds” that make use of online platforms. Articles emerging from our conference that contributed towards this aim include “Event Prediction With Learning Algorithms—A Study of Events Surrounding the Egyptian Revolution of 2011 on the Basis of Micro Blog Data” by Benedikt Boecking, Margeret Hall and Jeff Schneider (2015) and “Cyber Hate Speech on Twitter: An Application of Machine Classification and Statistical Modeling for Policy and Decision Making” by Pete Burnap and Matthew L. Williams (2015). Anatoliy Gruzd and Ksenia Tsyganova won a best paper award at the IPP2014 conference for an article published in this journal as “Information Wars and Online Activism During the 2013/2014 Crisis in Ukraine: Examining the Social Structures of Pro- and Anti-Maidan Groups.” These articles can be used to challenge the notion that crowdsourcing contributors are simply sets of independent individuals who are neatly representative of a larger population, and instead highlight the clusters, networks, and power structures inherent within them. This has implications to the democratic legitimacy of some of the more naive crowdsourcing initiatives.

One of the most original articles to emerge out of IPP2014 turns the concept of crowdsourcing for public policy and government on its head. While most research has focused on crowdsourcing’s empowering effects (or lack thereof), Gregory Asmolov (2015) analyses crowdsourcing as a form of social control. In an article titled “Vertical Crowdsourcing in Russia: Balancing Governance of Crowds and State–Citizen Partnership in Emergency Situations,” Asmolov draws on empirical evidence and theorists such as Foucault to show how crowdsourcing platforms can be used to institutionalize volunteer resources in order to align them with state objectives and prevent independent collective action. An article by Jorge Goncalves, Yong Liu, Bin Xiao, Saad Chaudhry, Simo Hosio and Vassilis Kostakos (2015) provides a less nefarious example of strategic use of online platforms to further government objectives, under the title “Increasing the Reach of Government Social Media: A Case Study in Modeling Government–Citizen Interaction on Facebook.”

Articles emerging from the conference also include two review articles that provide useful overviews of the field from different perspectives. “A Systematic Review of Online Deliberation Research” by Dennis Friess and Christiane Eilders (2015) takes stock of the use of digital technologies as public spheres. “The Fundamentals of Policy Crowdsourcing” by John Prpić, Araz Taeihagh and James Melton (2015) situates a broad variety of crowdsourcing literature into the context of a public policy cycle framework.

It has been extremely satisfying to follow the progress of these papers from initial conference submissions to high-quality journal articles, and to see that the final product not only advances the state of the art, but also provides certain new and critical perspectives on crowdsourcing. These perspectives will no doubt provoke responses, and Policy & Internet continues to welcome high-quality submissions dealing with crowdsourcing for public policy, government, and beyond.

Heikka, T. (2015) The Rise of the Mediating Citizen: Time, Space and Citizenship in the Crowdsourcing of Finnish Legislation. Policy & Internet 7 (3).

Howe, J. (2006). The Rise of Crowdsourcing by Jeff Howe | Byliner. Retrieved from

Zinnbauer, D. (2015) Crowdsourced Corruption Reporting: What Petrified Forests, Street Music, Bath Towels, and the Taxman Can Tell Us About the Prospects for Its Future. Policy & Internet 7 (1) 1–24. 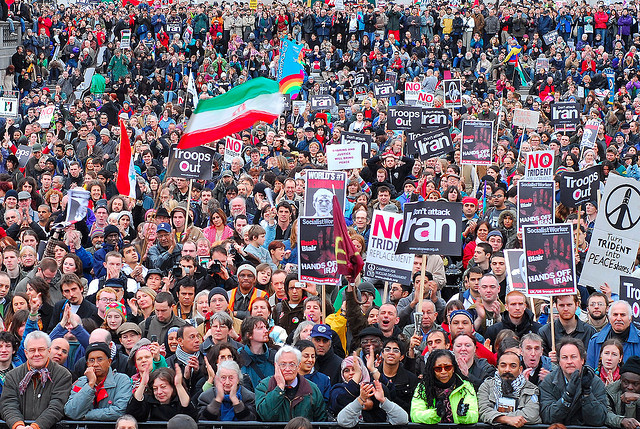 Experiments are the most exciting thing on the UK public policy...