Ed: You are interested in analysis of big data to understand human dynamics; how much work is being done in terms of real-time predictive modelling using these data?

Taha: The socially generated transactional data that we call “big data” have been available only very recently; the amount of data we now produce about human activities in a year is comparable to the amount that used to be produced in decades (or centuries). And this is all due to recent advancements in ICTs. Despite the short period of availability of big data, the use of them in different sectors including academia and business has been significant. However, in many cases, the use of big data is limited to monitoring and post hoc analysis of different patterns. Predictive models have been rarely used in combination with big data. Nevertheless, there are very interesting examples of using big data to make predictions about disease outbreaks, financial moves in the markets, social interactions based on human mobility patterns, election results, etc.

Ed: What were the advantages of using Wikipedia as a data source for your study — as opposed to Twitter, blogs, Facebook or traditional media, etc.?

Taha: Our results have shown that the predictive power of Wikipedia page view and edit data outperforms similar box office-prediction models based on Twitter data. This can partially be explained by considering the different nature of Wikipedia compared to social media sites. Wikipedia is now the number one source of online information, and Wikipedia article page view statistics show how much Internet users have been interested in knowing about a specific movie. And the edit counts — even more importantly — indicate the level of interest of the editors in sharing their knowledge about the movies with others. Both indicators are much stronger than what you could measure on Twitter, which is mainly the reaction of the users after watching or reading about the movie. The cost of participation in Wikipedia’s editorial process makes the activity data more revealing about the potential popularity of the movies.

Another advantage is the sheer availability of Wikipedia data. Twitter streams, by comparison, are limited in both size and time. Gathering Facebook data is also problematic, whereas all the Wikipedia editorial activities and page views are recorded in full detail — and made publicly available.

Ed: Could you briefly describe your method and model?

Taha: We retrieved two sets of data from Wikipedia, the editorial activity and the page views relating to our set of 312 movies. The former indicates the popularity of the movie among the Wikipedia editors and the latter among Wikipedia readers. We then defined different measures based on these two data streams (eg number of edits, number of unique editors, etc.) In the next step we combined these data into a linear model that assumes the more popular the movie is, the larger the size of these parameters. However this model needs both training and calibration. We calibrated the model based on the IMBD data on the financial success of a set of ‘training’ movies. After calibration, we applied the model to a set of “test” movies and (luckily) saw that the model worked very well in predicting the financial success of the test movies.

Ed: What were the most significant variables in terms of predictive power; and did you use any content or sentiment analysis?

Taha: The nice thing about this method is that you don’t need to perform any content or sentiment analysis. We deal only with volumes of activities and their evolution over time. The parameter that correlated best with financial success (and which was therefore the best predictor) was the number of page views. I can easily imagine that these days if someone wants to go to watch a movie, they most likely turn to the Internet and make a quick search. Thanks to Google, Wikipedia is going to be among the top results and it’s very likely that the click will go to the Wikipedia article about the movie. I think that’s why the page views correlate to the box office takings so significantly.

Ed: Presumably people are picking up on signals, ie Wikipedia is acting like an aggregator and normaliser of disparate environmental signals — what do you think these signals might be, in terms of box office success? ie is it ultimately driven by the studio media machine?

Taha: This is a very difficult question to answer. There are numerous factors that make a movie (or a product in general) popular. Studio marketing strategies definitely play an important role, but the quality of the movie, the collective mood of the public, herding effects, and many other hidden variables are involved as well. I hope our research serves as a first step in studying popularity in a quantitative framework, letting us answer such questions. To fully understand a system the first thing you need is a tool to monitor and observe it very well quantitatively. In this research we have shown that (for example) Wikipedia is a nice window and useful tool to observe and measure popularity and its dynamics; hopefully leading to a deep understanding of the underlying mechanisms as well.

Ed: Is there similar work / approaches to what you have done in this study?

Taha: There have been other projects using socially generated data to make predictions on the popularity of movies or movement in financial markets, however to the best of my knowledge, it’s been the first time that Wikipedia data have been used to feed the models. We were positively surprised when we observed that these data have stronger predictive power than previously examined datasets.

Ed: If you have essentially shown that ‘interest on Wikipedia’ tracks ‘real-world interest’ (ie box office receipts), can this be applied to other things? eg attention to legislation, political scandal, environmental issues, humanitarian issues: ie Wikipedia as “public opinion monitor”?

Taha: I think so. Now I’m running two other projects using a similar approach; one to predict election outcomes and the other one to do opinion mining about the new policies implemented by governing bodies. In the case of elections, we have observed very strong correlations between changes in the information seeking rates of the general public and the number of ballots cast. And in the case of new policies, I think Wikipedia could be of great help in understanding the level of public interest in searching for accurate information about the policies, and how this interest is satisfied by the information provided online. And more interestingly, how this changes overtime as the new policy is fully implemented.

Ed: Do you think there are / will be practical applications of using social media platforms for prediction, or is the data too variable?

Taha: Although the availability and popularity of social media are recent phenomena, I’m sure that social media data are already being used by different bodies for predictions in various areas. We have seen very nice examples of using these data to predict disease outbreaks or the arrival of earthquake waves. The future of this field is very promising, considering both the advancements in the methodologies and also the increase in popularity and use of social media worldwide.

Ed: How practical would it be to generate real-time processing of this data — rather than analysing databases post hoc?

Taha: Data collection and analysis could be done instantly. However the challenge would be the calibration. Human societies and social systems — similarly to most complex systems — are non-stationary. That means any statistical property of the system is subject to abrupt and dramatic changes. That makes it a bit challenging to use a stationary model to describe a continuously changing system. However, one could use a class of adaptive models or Bayesian models which could modify themselves as the system evolves and more data are available. All these could be done in real time, and that’s the exciting part of the method.

Taha: Looking at complicated phenomena in a simple way is the art of physics. As Einstein said, a physicist always tries to “make things as simple as possible, but not simpler”. And that works very well in describing natural phenomena, ranging from sub-atomic interactions all the way to cosmology. However, studying social systems with the tools of natural sciences can be very challenging, and sometimes too much simplification makes it very difficult to understand the real underlying mechanisms. Working with social scientists, I’m learning a lot about the importance of the individual attributes (and variations between) the elements of the systems under study, outliers, self-awarenesses, ethical issues related to data, agency and self-adaptation, and many other details that are mostly overlooked when a physicist studies a social system.

At the same time, I try to contribute the methodological approaches and quantitative skills that physicists have gained during two centuries of studying complex systems. I think statistical physics is an amazing example where statistical techniques can be used to describe the macro-scale collective behaviour of billions and billions of atoms with a single formula. I should admit here that humans are way more complicated than atoms — but the dialogue between natural scientists and social scientists could eventually lead to multi-scale models which could help us to gain a quantitative understanding of social systems, thereby facilitating accurate predictions of social phenomena.

Taha: I have day dreams about the database of search queries from all the Internet users worldwide at the individual level. These data are being collected continuously by search engines and technically could be accessed, but due to privacy policy issues it’s impossible to get a hold on; even if only for research purposes. This is another difference between social systems and natural systems. An atom never gets upset being watched through a microscope all the time, but working on social systems and human-related data requires a lot of care with respect to privacy and ethics. 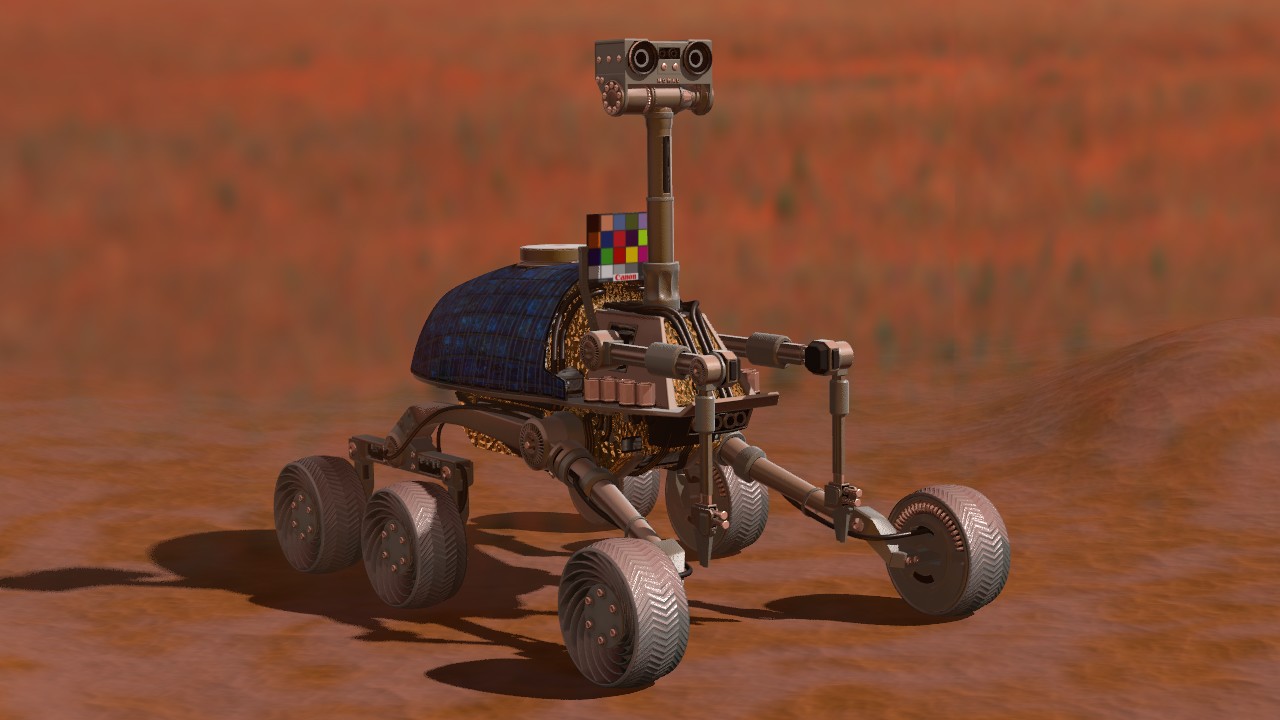 The social economies of networked cultural production (or, how to make...