Research has disproved the notion held by political elites — and some researchers — that collective action resides outside of policy-making processes, and is limited in generating a response from government. The Internet can facilitate the involvement of social movements in policymaking processes, but also constitute in itself the object of contentious politics. Most research on online mobilisations focuses on the Internet as a tool for campaigning and for challenging decision-makers at the national and international level.

Meanwhile, less attention is paid on the fact that the Internet has raised new issues for the policy making agenda around which activists are mobilising, such as issues related to internet governance, online freedom of expression, digital privacy or copyright. Contemporary social movements serve as indicators of new core challenges within society, and can thus constitute an enriching resource for the policy debate arena, particularly with regards to the urgent issues raised by the fast development of the Internet. The literature on social movements is rich in examples of campaigns that have successfully influenced public policy. Classic works have proved how major reforms can start as a consequence of civic mobilisations, and the history provides evidence of the influence of collective action within policy debates on environmental, national security, and peace issues.

However, as mentioned above and argued by Giugni (2004), social movement research has traditionally paid more attention to the process rather than the outcomes of mobilisations. The difficulty of identifying the consequences of collective action and the factors that contribute to its success may lie behind this tendency. As Gamson (1975) argues, the notion of success is elusive and can be most usefully defined with reference to a set of outcomes; these may include the new advantages gained by the group’s beneficiaries after a challenge with targets, or they may refer to the status of the challenging group and its legitimacy.

As for the factors determining success, some scholars believe that collective action is likely to succeed when its claims are close to the aims of political elites. Others, like Kriesi (1995), note that government responses depend on the forms and tactics of contentious politics. Activists occupy different positions on the spectrum between radical and reformist, which in turn affects their willingness to engage with policy-makers. For instance, movements pursuing a type of ‘prefigurative’ politics tend to avoid direct contact with policy-makers, focusing instead on building alternatives which ‘prefigure’ the values that they would like to see on a grander scale.

The Internet has raised new questions around the outcomes of collective action and its interface with policy making. Internet governance, for instance, constitutes a new source of contentious politics, while the use of the Internet for the organisation of protest influences the forms of contemporary collective action. As a tool of collective action, the Internet facilitates the rapid organisation of protests around issues of public concern. Mobilizations can be organised without a formal hierarchy in place, and spread easily as online networking helps the creation of flexible ‘opt-in/opt-out’ coalitions. Information about protest can diffuse through online interpersonal networks and alternative media, and can capture the attention of mainstream news outlets. In addition, the Internet has expanded the ‘repertoire of contention’ of current movements. Petitions, direct action, and occupations now have their online counterparts with tactics such as email bombings, DDoS attacks, and e-petitions.

The affordances of online tools are thought to be affecting the characteristics of collective action and thus its capacities for policy change. Compared to past mobilisations, current movements tend to be more decentralised and flexible, constituted by loose coalitions between a plurality of actors. They are also more inclusive, addressing a diverse and at times incongruent combination of issues. As Della Porta (2005) points out, online mobilisations tend to have a more temporary and fleeting character as they can emerge and dissolve with equal speed; they are also more global in nature, since they can scale up easily and at a low cost.

At the same time, the Internet has facilitated the rise of a what Chadwick defines as new ‘hybrid’ type of civil society actor who combines traditional tactics, such as petitioning, with the more flexible forms of organising favoured by less institutional groups. Organizations like MoveOn in the U.S., Avaaz on the transnational level, and GetUp! in Australia use the power of the Internet to influence policy makers. The Internet helps such organisations to operate at a very low cost, which in turn allows them to be flexible and easily switch the focus of campaigns around issues that capture the public interest.

However, the Internet has become in itself an object of policy and further attention must be paid in considering its implications as a source of new contentious politics. Melucci (1996) argues that research on collective action should pay attention to the new types of inequality that generate contentious politics, rather than restricting its focus to the forms of mobilisations. Studies of online collective action should thus consider the Internet not only as a tool for practicing politics but also as a new “dominant discourse” which produces new claims and inequalities.

Current inequalities in governing digital mediated communication generate what Kriesi (1995) calls ‘windows of opportunities’ for collective action to play an important role in policy making on Internet-related issues. Within this framework, an increasing body of research is addressing collective action around the governance of the Internet, the regulation of free and open software, privacy and data retention, file sharing and copyright issues, and online freedom of expression as a fundamental human right.

Whether and to what extent these new types of actors and mobilisations organised through and around the Internet can have an effect on policy making is an issue requiring further research. For instance, the decentralised and temporary character of some movements , together with their lack of clearly identified leaders and spokespersons can make it difficult in establishing themselves as legitimate representatives of public opinion. New types of ‘hybrid’ actors may encounter problems in establishing themselves as legitimate representatives of public opinion. In addition, new online tactics like e-petitions, which require limited time and commitment from participants, tend to have a weaker impact on policy makers. At the same time, the technical nature of Internet regulation complicates efforts to influence public opinion due to the degree of knowledge necessary for the lay public to understand the issues at stake.

Despite these potential limitations, collective action through and around the internet can enrich policy making. It can help to connect local voices with policy makers and facilitate their involvement in policy-making processes. It can also contribute to new policy debates around urgent issues concerning the Internet. As the Policy and Internet special issue on ‘Online Collective Action and Policy Change’ explores, online collective action can thus constitute an important resource and participant in policy debates with whom policy makers should create new lines of dialogue.

Read the full article at: Calderaro, A. and Kavada A., (2013) “Challenges and Opportunities of Online Collective Action for Policy Change“, Policy and Internet 5(1).

Kriesi, Hanspeter. 1995. “The Political Opportunity Structure of New Social Movements: its Impact on their Mobilization.” In The Politics of Social Protest, eds. J. Jenkins and B. Dermans. London: UCL Press, pp. 167–198. 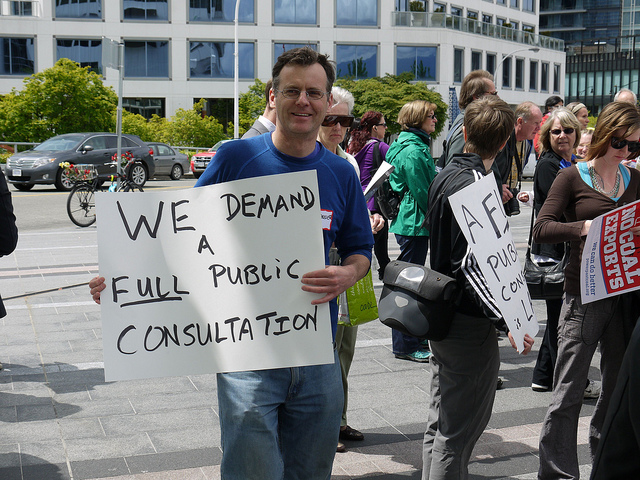