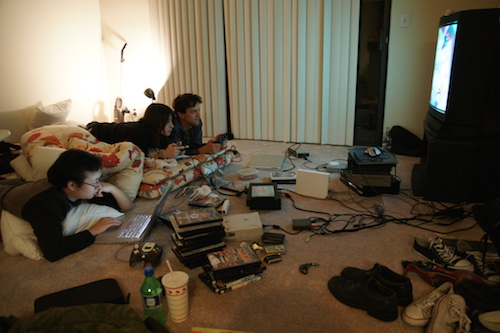 New research by Andrew Przybylski (OII, Oxford University), Netta Weinstein (Cardiff University), and Kou Murayama (Reading University) published today in the American Journal of Psychiatry suggests that very few of those who play internet-based video games have symptoms suggesting they may be addicted. The article also says that gaming, though popular, is unlikely to be as addictive as gambling. Two years ago the APA identified a critical need for good research to look into whether internet gamers run a risk of becoming addicted and asked how such an addiction might be diagnosed properly. To the authors’ knowledge, these are the first findings from a large-scale project to produce robust evidence on the potential new problem of “internet gaming disorder”.

The authors surveyed 19,000 men and women from nationally representative samples from the UK, the United States, Canada and Germany, with over half saying they had played internet games recently. Out of the total sample, 1% of young adults (18-24 year olds) and 0.5% of the general population (aged 18 or older) reported symptoms linking play to possible addictive behaviour — less than half of recently reported rates for gambling.

They warn that researchers studying the potential “darker sides” of Internet-based games must be cautious. Extrapolating from their data, as many as a million American adults might meet the proposed DSM-5 criteria for addiction to online games — representing a large cohort of people struggling with what could be clinically dysregulated behavior. However, because the authors found no evidence supporting a clear link to clinical outcomes, they warn that more evidence for clinical and behavioral effects is needed before concluding that this is a legitimate candidate for inclusion in future revisions of the DSM. If adopted, Internet gaming disorder would vie for limited therapeutic resources with a range of serious psychiatric disorders.

We caught up with Andy to explore the broader implications of the study:

Ed.: Is “gaming addiction” or “Internet addition” really a thing? e.g. is it something dreamed up by politicians / media people, or is it something that has been discussed and reported by psychiatrists and GPs on the ground?

Andy: Although internet addiction started as a joke about the pathologizing of everyday behaviours, popular fears have put it on the map for policymakers and researchers. In other words, thinking about potential disorders linked to the internet, gaming, and technology have taken on a life of their own.

Ed.: Two years ago the APA identified “a critical need for good research to look into whether internet gamers run a risk of becoming addicted” and asked how such an addiction might be diagnosed properly (i.e. using a checklist of symptoms). What other work or discussion has come out of that call?

Andy: In recent years two groups of researchers have emerged, one arguing there is an international consensus about the potential disorder based on the checklist, the second arguing that it is problematic to pathologize internet gaming. This second group says we don’t understand enough about gaming to know if it’s any different from other hobbies, like being a sports fan. They’re concerned that it could lead other activities to be classified as pathological. Our study set out to test if the checklist approach works, a rigorous test of the APA call for research using the symptoms proposed.

Ed.: Do fears (whether founded or not) of addiction overlap at all with fears of violent video games perhaps altering players’ behaviour? Or are they very clearly discussed and understood as very separate issues?

Andy: Although the fears do converge, the evidence does not. There is a general view that some people might be more liable to be influenced by the addictive or violent aspects of gaming but this remains an untested assumption. In both areas the quality of the evidence base needs critical improvement before the work is valuable for policymakers and mental health professionals.

Ed.: And what’s the broad landscape like in this area – i.e. who are the main players, stakeholders, and pressure points?

Andy: In addition to the American Psychiatric Association (DSM-5), the World Health Organisation is considering formalising Gaming Disorder as a potential mental health issue in the next revision of the International Classifications of Disease (ICD) tool. There is a movement among researchers (myself included based on this research) to urge caution rushing to create new behavioural addition based on gaming for the ICD-11. It is likely that including gaming addiction will do more harm than good by confusing an already complex and under developed research area.

Ed.: And lastly: asking the researcher – do we have enough data and analysis to be able to discuss this sensibly and scientifically? What would a “definitive answer” to this question look like to you — and is it achievable?

Andy: The most important thing to understand about this research area is that there is very little high quality evidence. Generally speaking there are two kinds of empirical studies in the social and clinical sciences, exploratory studies and confirmatory ones. Most of the evidence about gaming addiction to date is exploratory, that is the analyses reported represent what ‘sticks to the wall’ after the data is collected. This isn’t a good evidence for health policy.

Our studies represent the first confirmatory research on gaming addiction. We pre-registered how we were going to collect and analyse our data before we saw it. We collected large representative samples and tested a priori hypotheses. This makes a big difference in the kinds of inferences you can draw and the value of the work to policymakers. We hope our work represents the first of many studies on technology effects that put open data, open code, and a pre-registered analysis plans at the centre of science in this area. Until the research field adopts these high standards we will not have accurate definitive answers about Internet Gaming Disorder.

Andy was talking to David Sutcliffe, Managing Editor of the Policy blog. 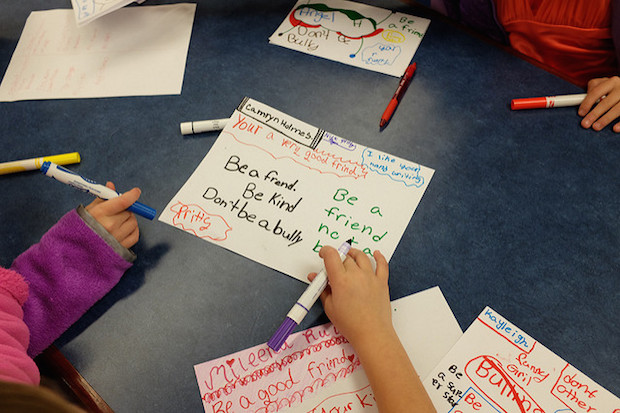