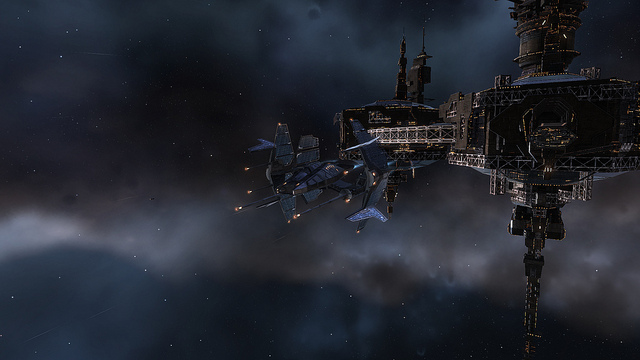 Digital gaming, once a stigmatized hobby, is now a mainstream cultural activity. According to the Oxford Internet Survey, more than half of British Internet users play games online; more in fact, than watch films or pornography online. Most new games today contain some kind of a virtual economy: that is, a set of processes for the production, allocation, and consumption of artificially scarce virtual goods. Often the virtual economy is very simple; sometimes, as in massively multiplayer online game EVE Online, it starts to approach the scale and complexity of a small national economy.

Just like national economies, virtual economies incentivize certain behaviours and discourage others; they ask people to make choices between mutually exclusive options; they ask people to coordinate. They can also propagate value systems setting out what modes of participation are considered valuable. These virtual economies are now built into many of the most popular areas of the Internet, including social media sites and knowledge commons — with their systems of artificially scarce likes, stars, votes, and badges. Understanding these economies is therefore crucial to anyone who is interested in the social dynamics and power relations of digital media today.

But a question I am asked a lot is: what can ‘real’ economies and the economists who run them learn from these virtual economies? We might start by imagining how a textbook economist would approach the economy of an online game. In EVE Online, hundreds of thousands of players trade minerals, spaceship components and other virtual commodities on a number of regional marketplaces. These marketplaces are very sophisticated, resembling real commodity spot markets.

Our economist would doubtless point out several ways its efficiency could be radically improved. For example, EVE players can only see prices quoted in their current region, likely missing a better deal available elsewhere. (In physical commodity markets, prices are instantly broadcast worldwide: you wouldn’t pay more for gold in Tokyo than you would in New York.) Our economist knows that providing more information to market participants increases the market’s efficiency, and might therefore suggest modifying the game such that all players gain instant and galaxy-wide access to the same price information. This would improve the overall efficiency of the galactic market.

This change would obviously be a blow to those players who have specialized in gathering and trading this price information. It would also reduce the opportunities for arbitrageurs: players who rummage the galaxy for underpriced goods, transporting them to regions where they will fetch a profit. Of course, these players could always turn themselves into haulers, the space equivalent of truck drivers. Increased efficiency would probably increase cross-regional trade, meaning a boom-time for haulers.

But wait – realizing the infinite malleability of virtual economies, the textbook economist might decide to eliminate regions altogether. Distance is what economists refer to as a transaction cost: the economy would run much more efficiently without the need to transport things around. In a virtual environment goods and characters could be instantly teleported, or the galaxy simply collapsed into a single, dimensionless point. The efficiency of the virtual economy would certainly be greatly improved. But who would pay a subscription fee to participate in such a boring economy!

Why did our strawman economist make such a horrible mess of the game economy? Conventional economic laws are work equally well in virtual environments: the equilibrium price of a commodity in a competitive market is determined by the interaction of supply and demand, regardless of whether you are in the market for magic swords or soya beans. The crucial difference is in the objectives the economy is intended to fulfil. When conventional economists design and analyse economies, they take it as read that the purpose of the economy and its institutions is to solve the so-called economic problem: the allocation of limited resources so as to best satisfy human needs. Microeconomists do this by designing mechanisms that are as efficient as possible, while macroeconomists are concerned with maximizing economic output.

But in game economies, the economic problem doesn’t really exist. The needs that players experience are contrived, created by positioning otherwise useless goods (magic swords) as desirable status items. The scarcity of resources is likewise artificial, enforced through programme code. If games designers wanted to solve the economic problem, they could do it with a few keystrokes; no markets or other economic institutions are required for this purpose.

Different multiplayer game economies have different aims, but one key objective stands out: the economy helps create and hold together the social fabric of the game. Regular interaction generates interpersonal ties and trust. Having people consume the fruits of one’s digital labour generates a sense of meaning, a sense of a role to play in the community. Division of labour and the resulting mutual interdependence moreover creates solidarity and social cohesion. In short, the economy can act as a wonderful glue holding people together.

The social fabric is important to game developers, because the stronger the ties between players, the longer the players will keep playing (and paying fees). Some games developers expend considerable resources in their own style of economic research, experimenting with different exchange mechanisms and institutions to find the designs that really strengthen the social fabric. When we examine the resulting virtual economies we can see that their design choices are often very different from the choices that a conventional economist would make.

I will give an example. One aspect of designing a market is designing an exchange mechanism: the concrete mechanism through which the buyer and the seller meet, settle on a price and quantity, and execute the transaction. The simplest exchange mechanism is two people meeting face to face to negotiate a trade, and then exchanging the goods on the spot. A more sophisticated mechanism is an online auction, like eBay. Stock markets use an even more sophisticated mechanism, where participants submit buy and sell offers, these are matched by an algorithm, and trades are executed automatically.

Given that many exchange mechanisms are possible, what kind of an exchange mechanism should be build into your market? When governments and companies create markets they usually turn to microeconomists specializing in this kind of mechanism design. The microeconomist’s answer is that you should choose the exchange mechanism that is most efficient, in the sense of allocating goods optimally and minimizing all transaction costs: in the best case it may not even be necessary for the buyer and the seller to know each others’ identities.

Games economists, in contrast, tend to favour exchange mechanisms that involve social interaction; often through a virtual face-to-face meeting, where the tedious parts (explaining item characteristics) are automated, but negotiation over prices and quantities is conducted manually. Some locations in the virtual world often spontaneously emerge as sort of bazaars, where buyers and sellers congregate to search for deals. These double as social hubs where people come to meet friends and put on performances and displays, thereby building social capital. One might later consider one’s trading acquaintances when putting together a team for some quest.

More sophisticated exchange mechanisms, such as auction houses and the commodity spot markets in EVE Online, are also common in games, but they also avoid completely displacing social trade networks. In EVE Online, players must either move around in space or use their social networks to obtain price information from neighboring localities. This way, EVE Online’s developers have struck a balance between efficiency and social ties. One thing that virtual economies can teach is to look for other objectives besides efficiency and output as variables that need to be maximized in an economic system.

I would argue that a focus on social fabric — rather than just on efficiency and output – can usefully inform national economies. First, in today’s affluent societies, we are close to solving the economic problem: in the United Kingdom or the United States the need for life-sustaining material basics is all but fulfilled. Keynes predicted 90 years ago that the economic problem will be solved within 100 years; in the affluent parts of the world, it looks like he may have been right. The greatest problem faced by the UK and US today is not the economic problem, but the disintegration of the social fabric. Virtual economies show how economic institutions could be arranged so as to strengthen it.

Second, even in that greater part of the world where the economic problem still remains acute, it is not the case that we should focus on it exclusively. Poor countries should not have to go through social disintegration to reach economic affluence. Third, as I have already mentioned, games and virtual economies have become significant phenomena in their own right. Their creators are smart people who have developed many economic insights of their own. They are eager for knowledge on how to better design and operate these economies, but conventional economic advice that focuses solely on efficiency fails to address their needs. Economists and economic sociologists should widen their research to develop answers that satisfy the needs of virtual economy designers – and also of a more ‘social’ national economy.

Now, to be fair, the fact that markets and other modern economic institutions can serve important social functions has been known to sociologists since Émile Durkheim. But this has been regarded as something of a side effect, and certainly not the purpose for which these institutions are created. Game economies are radical in this respect – that they are created entirely to serve these other functions, rather than any material function. Economic anthropologist Karl Polanyi argued in The Great Transformation that in the transition from a traditional to a market society, social structure was rearranged to serve the needs of the economy. What game economies do is in some ways the opposite: they rearrange the economy to serve the needs of the social structure. And that would seem to be a very worthwhile endeavor.

Vili Lehdonvirta is a Research Fellow at OII. He is an economic sociologist who studies the social and economic dimensions of new information technologies around the world. His particular areas of expertise are virtual goods, virtual currencies, and digital labour. Vili’s book Virtual Economies: Design and Analysis (with Edward Castronova) is published by MIT Press.