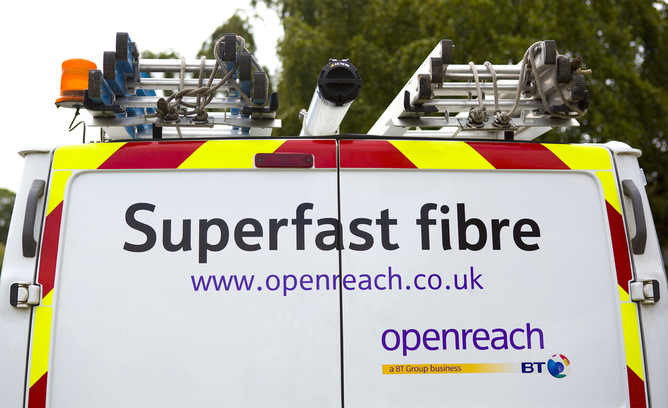 Tell those living in the countryside about the government’s promised “right to fast internet” and they’ll show you 10 years of similar, unmet promises. Reposted from The Conversation.

In response to the government’s recent declarations that internet speeds of 100Mb/s should be available to “nearly all homes” in the UK, a great many might suggest that this is easier said than done. It would not be the first such bold claim, yet internet connections in many rural areas still languish at 20th-century speeds.

The government’s digital communications infrastructure strategycontains the intention of giving customers the “right” to a broadband connection of at least 5Mb/s in their homes.

There’s no clear indication of any timeline for introduction, nor what is meant by “nearly all homes” and “affordable prices”. But in any case, bumping the minimum speed to 5Mb/s is hardly adequate to keep up with today’s online society. It’s less than the maximum possible ADSL1speed of 8Mb/s that was common in the mid-2000s, far less than the 24Mb/s maximum speed of ADSL2+ that followed, and far, far less than the 30-60Mb/s speeds typical of fibre optic or cable broadband connections available today.

In fact a large number of rural homes still are not able to access even the previously promised 2Mb/s minimum of the Digital Britain report in 2009.

As part of our study of rural broadband access we interviewed 27 people from rural areas in England and Wales about the quality of their internet connection and their daily experiences with slow and unreliable internet. Only three had download speeds of up to 6Mb/s, while most had connections that barely reached 1Mb/s. Even those who reported the faster speeds were still unable to carry out basic online tasks in a reasonable amount of time. For example using Google Maps, watching online videos, or opening several pages at once would require several minutes of buffering and waiting. Having several devices share the connection at a time wasn’t even an option.

So the pledge for a “right” to 5Mb/s made by the chancellor of the exchequer, George Osborne, is as meaningless as previous promises for 2Mb/s. Nor is it close to fast enough. The advertised figure refers to download speed, of which the upload speed is typically only a fraction. This means uploads far slower even than these slow download speeds, rendering it all but unusable for those needing to send large files, such as businesses.

With constantly moving timescales for completion, the government doesn’t seem to regard adequate rural broadband connections as a matter of urgency, even while the consequences for those affected are often serious and urgent at the same time. In Snowdonia, for example, a fast and more importantly reliable broadband connection can be a matter of life and death.

The Llanberis Mountain Rescue team at the foot of Mount Snowdon receives around 200 call-outs a year to rescue mountaineers from danger. Their systems are connected to police and emergency services, all of which run online to provide a quick and precise method of locating lost or injured mountaineers. But their internet connection is below 1Mb/s and cuts out regularly, especially in bad weather, which interferes with dispatching the rescue teams quickly. With low signal or no reception at all in the mountains, neither mobile phone networks nor satellite internet connections are alternatives.

Even besides life and death situations, slow and unreliable internet can seriously affect people – their social lives, their family connections, their health and even their finances. Some of those we interviewed had to drive one-and-a-half hours to the nearest city in order to find internet connections fast enough to download large files for their businesses. Others reported losing clients because they weren’t able to maintain a consistent online presence or conduct Skype meetings. Families were unable to check up on serious health conditions of their children, while others, unable to work from home, were forced to commute long distances to an office.

Especially in poorer rural areas such as North Wales, fast and reliable internet could boost the economy by enabling small businesses to emerge and thrive. It’s not a lack of imagination and ability holding people in the region back, it’s the lack of 21st-century communications infrastructure that most of us take for granted.

The government’s strategy document explains that it “wants to support the development of the UK’s digital communications infrastructure”, yet in doing so wishes “to maintain the principle that intervention should be limited to that which is required for the market to function effectively.”

It is exactly this vagueness that is currently preventing communities from taking matters into their own hands. Many of our interviewees said they still hoped BT would deploy fast internet to their village or premises, but had been given no sense of when that might occur, if at all, or that given timescales slip. “Soon” seems to be the word that keeps those in the countryside in check, causing them to hold off on looking for alternatives – such as community efforts like the B4RN initiative in Lancashire.

If the government is serious about the country’s role as a digital nation, it needs to provide feasible solutions for all populated areas of the country, which means affordable, and future-proof, which entails fibre to the premises (FTTP) – and sooner rather than later. 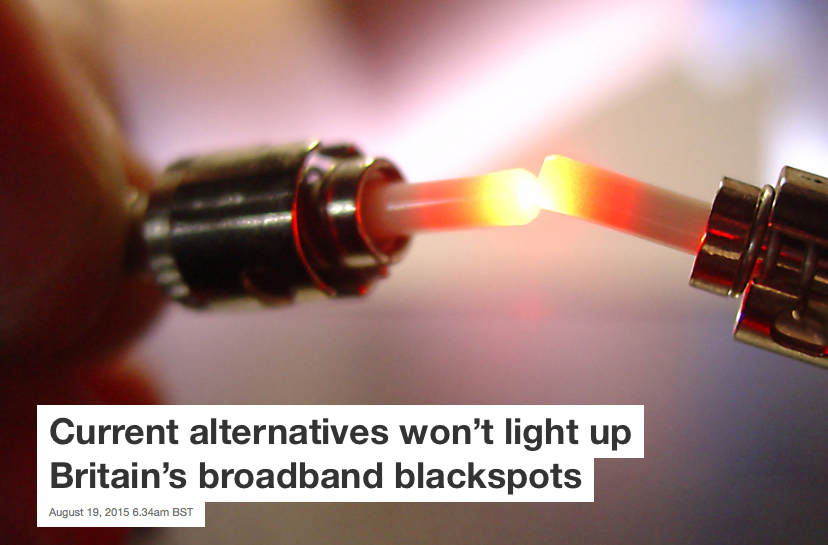